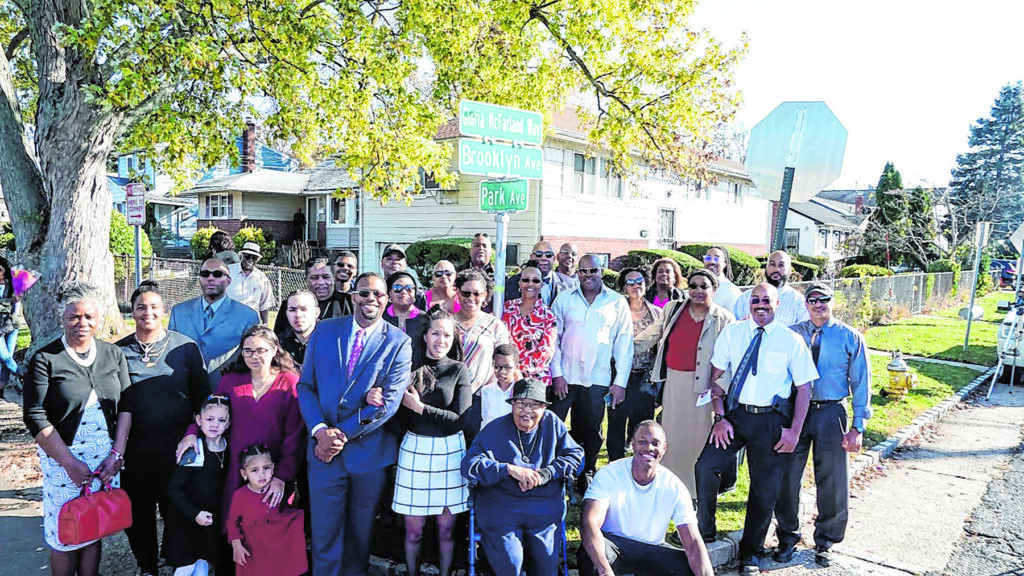 As one of Mrs. McFarland’s daughters, also named Gloria, noted during opening remarks, her mother’s extraordinary life of service earned her numerous forms of acknowledgement during her lifetime, as well as recent posthumous letters of recognition from U.S. House Representative Kathleen Rice and the Biden/Harris White House.

Mrs. McFarland lived in Westbury for over 60 years, along with her husband, Mr. John McFarland (deceased), where they reared their seven children: Deborah, Robert (deceased), Elizabeth, Thelma, Stanley, Mark, and Gloria. She reached Lifetime Achievement status and was a Charter Member of the National Council of Negro Women – Long Island Cross County Section, an organization devoted to advancing opportunities and the quality of life for African-American women, their families, and communities. 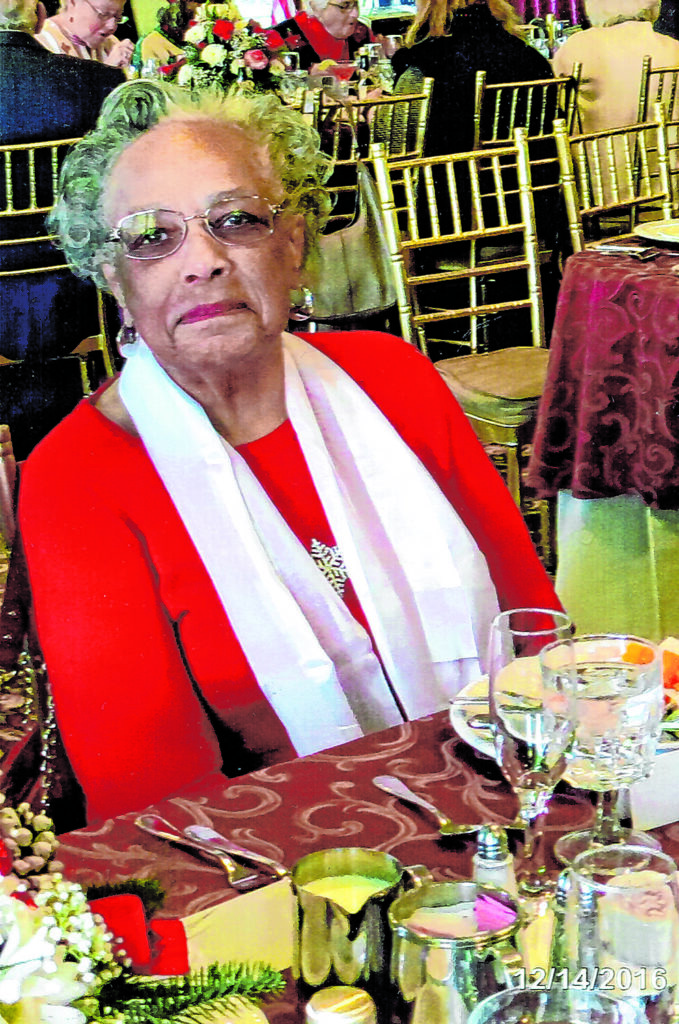 Mrs. McFarland was also one of the original founders of the Westbury United Methodist Church Food Pantry, providing food to the hungry in Westbury and neighboring communities. As the wife of a World War II Veteran, she started a program to support the children of disabled veterans while serving in the capacity of President of the New Cassel Memorial American Legion Post #1861. She was a well-recognized leader within Girl Scouts of America both locally and nationally, too, and served the EAC Network by delivering Meals on Wheels, an organization that provides nutritious meals and supportive services for at-risk seniors and disabled community members.

Daughter Gloria McFarland noted to the assembled community members and leaders, “We are here today because her body of work – the legacy she leaves behind – is commensurate with such an honor.”

“Now, I can’t quote all of the members of the community that rallied to support the street renaming effort, but I will quote the one that pushed the hardest, Mr. Sylvester Mitchell, a lifelong family friend: ‘Mrs. McFarland’s efforts and generosity with her time has positively impacted countless youth, seniors, veterans and residents within Westbury and the surrounding communities for decades.”’

During her closing remarks, Ms. McFarland also emphasized, “She gave us the best of her and she made her mark. She led; she showed us the way and, when necessary, she made a way out of no way.”