In late May, Nassau County Police arrested six people in one week for selling marijuana products in smoke shops, but questions remain about exactly what was being sold and how police and local media are choosing to inform the public.

On May 24, Nassau’s Major Case Bureau arrested five people linked to three different stores for allegedly selling tetrahydrocannabinol (THC), an intoxicating and in some cases therapeutic compound found in cannabis.

As numerous media outlets reported, the arrestees included Saleh Mohammed Salem, 25, of New Hyde Park and Shaafal Nasser Ali Ahmed, 41, of Brooklyn, as connected to Eastwind Exotic Vape Shop in Syosset; Matthew B. Flax, 45, and Toby P. FLax, 74, of Syosset, as connected to Vaporville in Hicksville; and Jennifer D. Babaian, 40, of Glen Head, as connected to 7 Leaf Clover in Westbury. Outlets such as Newsday accompanied Nassau police during the May 24 raids, and reported that, according to police, one or more of the shops had been marketing their THC products to children.

On their face, these six arrests may seem fairly straightforward. But there’s actually quite a lot to take in.

With legalization on the horizon, New York’s ‘grey market’ for cannabis has boomed, as has often happened in U.S. states that have moved to decriminalize cannabis in one way or another. Under the latest federal Farm Bill, hemp products have also been in greater supply across the country, leading to an explosion of non-intoxicating cannabidiol (CBD) products in various forms and levels of quality. In a growing number of smoke shops across New York State, consumers can now purchase not only non-intoxicating hemp cigarettes or flower (a.k.a. loose plant buds), which remain largely unregulated but perfectly legal under U.S. law, but also, in some cases, small quantities of cannabis flower containing THC.

The most commonly cultivated form of this compound, known as Delta-9 THC, is currently illegal under federal law. Products that contain Delta-8 THC, a less powerfully intoxicating isomer of Delta-9, currently exist in a grey area under U.S. law, and remain effectively legal in most states. As long as these products remain unregulated, it is difficult to know what variety of cannabis products contain, and what other chemicals may even be present from processing methods.

Police haven’t said exactly what kinds of products were involved (or what kind of THC they contained), nor how they tested products as part of their investigation prior to the arrests. Requests for comment from the detective lieutenant handling the May 24 arrest case(s) were not returned to Anton Media Group by press time.

Given that both cases involve or make mention of young people, however, it seems likely that candy ‘edibles’ were involved.

While THC sodas and lozenges are certainly available in states with legalized adult use, a.k.a. ‘recreational’ laws, there’s no question that US consumers and retailers alike frequently want their cannabis in candy, baked goods or other sweets. That’s probably partly due to the range of options available for preparing a product that is ‘activated’ through cooking for desired effect, easily processed by the human body, and still tasty. It likely also relates to the fact that, as a nation, we adore our sugar.

As New York’s legal market moves ahead, adults’ love of cannabis candy is something we should all consider carefully, according to Sheila P. Vakharia, PhD, MSW, Deputy Director of the Department of Research and Academic Engagement for the Drug Policy Alliance.

In a practical way, she told Anton Media Group, “We cannot look at the presence or absence of a certain product type as being an indicator of marketing to children. That is a false equivalency. Adults eat candy and cereal and sweet things, too.”

Vakharia suggested looking at how retailers market their products through signage and advertising, instead. “Are you using a youth spokesperson? Are you using a cartoon character?” In short, selling candy and cookie edibles doesn’t necessarily mean retailers are marketing such products to youth, Vakharia said. “But it may mean that youth may confuse a product with something that they already eat, [say] if they don’t read closely, or aren’t able to read yet but see an image that looks like something they know.”

“I think one thing that legalization offers us is an opportunity to simultaneously educate the public about the products that will be available, which allows us to regulate what products are sold, how they’re being marketed, and who should be allowed to access them. But it also means that we need to be educating young people more effectively that they will be navigating a world in which some adults now have certain types of products.”

Vakharia pointed to recent ads by New York’s Office of Cannabis Management, part of the new regulatory body’s Cannabis Conversations campaign, which are currently reminding New Yorkers that legal cannabis will be for people aged 21+ only, that they shouldn’t drive while intoxicated on cannabis, and that cannabis products should be stored safely in the home. This moment will also require parents to talk to their kids directly about cannabis, but as part of a larger conversation many parents are already having, she said, such that “when kids open the fridge and see a can of beer, they know that’s not for them. “

The specifics of how a 12 year old and a 13 year old allegedly obtained THC product(s) at a Glen Head store aren’t publicly known, nor are the non-fatal symptoms that they experienced after use. Among other things, inexperienced users are especially likely to take too high of a dose of cannabis when using edibles, so it isn’t hard to imagine kids doing the same.

But Vakharia still cautioned against using terms like ‘overdose’ to describe the adverse effects of using too much THC or other cannabinoids, which (as far as we know, after decades of research) cannot in and of themselves cause death in a clinical sense from known forms of use, as opposed to heroin or alcohol.

“Twenty years into an actual opioid-driven overdose crisis, we use this term pretty loosely to encapsulate other substances. I think this is a very risky thing when we use language like ‘overdose’ to describe what I think sounds like adverse [health] events, and raises a lot of red flags for the public, because a lot of us have been impacted by the opioid crisis,” Vakharia said. “People can have adverse events from using cannabis, whether these are more physiological or psychological, like increased heart rate, heart palpatations, shortness of breath, or seeing, believing, or being afraid of things that aren’t there,” Vakharia explained.

“I think we need to be really precise in our use of language and acknowledge that [drug] literacy levels really vary. If you mean to say ‘sometimes people can have adverse events, which might mean speaking to a professional, or going to a hospital,’ and use words like ‘overdose,’ it raises a lot of fears and also motivates people to want to act. Especially when we’re talking about children.” 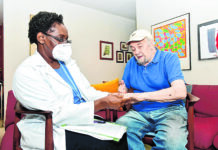 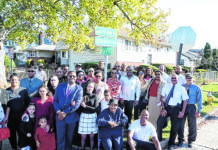 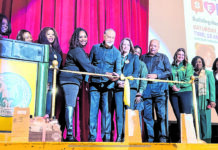