Taught for many years in the Westbury Public Schools 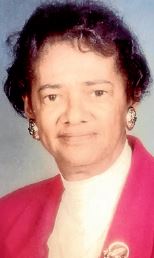 Gwendolyn Adams Clement, the second of two children to Norman and Helen Adams, was born in Urbana, Ohio on July 20, 1928.

Gwen received her high school diploma from Urbana High School and her Bachelor’s degree from Ohio State University. Upon obtaining her degree, Gwen spent time working in business alongside her father.

After moving to Washington, DC with her husband Wendell, she began her career in education, where she helped found the Child Development Daycare Center at Matthews Memorial Baptist Church. She also taught early childhood education in the Washington, DC, Public School System.

When she and her family moved to New York, Gwen went back to school and received a Master’s in Education from Hofstra University and continued her career as an educator in Westbury Public Schools.

Gwen was old school and had solid values about dignity, being fair, and honesty. Gwen was an exceptional educator and motivator. She took pride in her classroom, yet her most valuable lessons often transcended classroom walls. If the kids learned anything in her class, it was having good manners and how to act properly; the academics would follow.

Her passion for education continued into retirement after a 40-plus-year career. Gwen also educated others by the way she lived. She gave her life to Christ at 16 and continued her relationship with the Lord until her passing. She was an active member of Westbury AME Zion Church for more than 30 years, serving as a Sunday School teacher, Leader of Christian Development, Financial Secretary and Steward.

Gwen was a relentless fighter and was courageous in sharing her opinions. She would unabashedly voice her disapproval if she deemed something to be unfair. She relentlessly fought against injustices towards children and racial inequality.

Gwen loved just as hard as she fought. Known for her generosity, outspokenness, and determination, anyone who knew Gwen can attest to the memorable impact she had on their lives. Gwen selflessly shared what she had, whether through encouragement, wisdom, or support and often communicated her love by giving generous gifts.

She had a passion for all things red, travel and adventure, quilting and needlepoint, a good political debate, and her family.

Maw-Maw, as her family affectionately called her, is survived by her two sons Bruce (Cynthia) and David (Jacqueline), five grandchildren, Daviece, Donnell (Danielle), Brandon, Christopher, and Jonathan, two great-granddaughters, Jaliyah and Myla, and many loving nieces, nephews, colleagues and friends.

Her generosity, outspokenness and feistiness will forever be missed.

—Submitted by the family of Gwendolyn Adams Clement