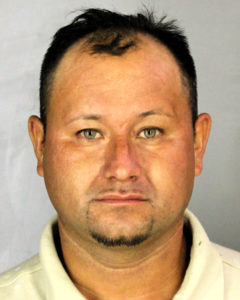 The Nassau County Police Department arrested Jessel Martinez Barrera, 34, of Hempstead for driving while intoxicated-Leandra’s Law, that occurred on Sunday, Aug. 29 at 4:50 a.m. in New Cassel.

According to police, Third Precinct officers responded to a one-car accident in the vicinity of Brush Hollow Road and Sheridan Street. Upon arrival it was determined the defendant was operating his black 2011 Nissan Armada when he left the roadway and struck a pole.

As a result of the collision, the defendant and a 45-year-old female passenger were both injured. During the investigation the defendant had glassy bloodshot eyes and appeared intoxicated. A further investigation determined there was a 4-year-old female victim in the car at the time of the accident. The child was uninjured. The defendant was placed under arrest and transported to an area hospital for treatment. Both females were also transported to an area hospital for treatment and observation. The juvenile was released into the custody of an uninvolved family member.

Barrera has been charged with aggravated DWI-Leandra’s Law, driving while intoxicated, endangering the welfare of a child and assault third degree. He was arraigned on Aug. 30 at First District Court in Hempstead.