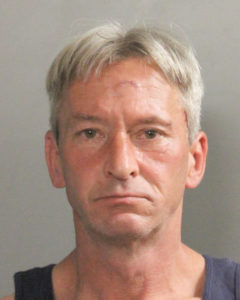 The Nassau County Police Department Third Squad arrested Michael Taylor, 50, with no known address, for an assault that occurred on Wednesday, April 21 at 1:25 a.m. in Carle Place.

According to detectives, Third Precinct officers responded to a disturbance at the 7-11 located at 285 Old Country Rd. Upon arrival officers observed the subject in a physical altercation with two male employees, ages 67 and 63, while holding a knife near the face of the 63-year-old. The subject ignored multiple verbal commands to drop the knife and officers deployed an Electronic Control Device (EDC) with positive results.

Officers were able to take the defendant into custody. Prior to the police arriving, both victims sustained multiple lacerations to their arms and were subsequently transported to an area hospital for treatment.