Broke into cars, stole credits cards and other items 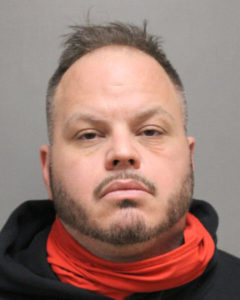 According to the detectives, Old Brookville police officers observed a 2000 Honda Passport traveling Northbound on Rt. 107 in the vicinity of Rt. 25A, for failure to signal and excessive window tints. Officers activated their emergency lights and conducted a traffic stop. Officers discovered the vehicle had a forged plate and found a second forged plate in the vehicle. Officers were aware of numerous open cases involving larcenies from autos.

Officers notified the Second Squad to assist in the investigation, during which it was determined that Berube was responsible for entering a 2020 Jeep in a parking lot of 62 Rt. 106, Old Brookville. He removed the victim’s credit card and attempted to make an unauthorized purchase at Walmart, located at 85 Broadhollow Rd. in Commack.

He will be arraigned on Sunday, March 27 in Mineola.