On March 10 at 3:46 p.m., the Westbury Fire Department was alerted for an oven fire at Advanced Surface Finishing at 111 Magnolia Ave. in the New Cassel industrial park section of Westbury. 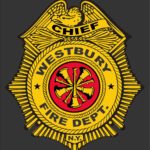 Upon arrival, responding units found a fire that had extended out of a large powder coating oven at the building. The fire quickly spread to the adjacent cockloft (space between the ceiling and the underside of the roof) then subsequently to the roof structure of the building.

Due to the fire conditions as well as the hazardous materials used and stored in the building, Westbury FD Chief Ken Gass Jr. withdrew all manpower from the interior of the building and initiated an exterior attack utilizing multiple tower ladders.

The large building, which measured approximately 15,000 square feet on a 125×200 lot, became fully involved in fire and was a total loss. Four firefighters were treated for minor injuries at the scene, but none were transported to the hospital. Twenty-six departments responded to assist and Chief Gass declared the fire under control approximately five hours later.

The Nassau County Fire Marshal’s Office was on scene to assist in determining cause and origin. Nassau County Hazmat was also at scene for the chemical issues.

The Nassau County Police Department was also at scene for assistance with traffic control. The NCPD Arson Bomb Squad reported that the fire does not appear to be suspicious at this time. The investigation is ongoing.

The building was erected in 1957 and property records show that it was originally owned by the Coca Cola Bottling Co. of New York. It has a fair market value of $915,950 and 2021 school and general taxes are nearly $60,000. Advanced Surface Finishing bills itself as providing powder finishing to a range of products and services, including the military, electrical parts and automotive. Of the two listed phone numbers on the company’s website, one was no longer in service and nobody answered the active number and it was not possible to leave a message.