The blessing of animals may have started with St. Francis of Assisi, but it seems to have been taken up by other faiths.

“We do it almost every year the weekend following the reading of the story of Noah,” said Rabbi Michael Stanger of the Old Westbury Hebrew Congregation. “In Jewish tradition, you go through a section of the Torah every week. And yesterday, on the shabbat, we read the story of Noah. It’s a custom in a lot of synagogues to do the blessings of pets that weekend,”

Though somewhat related to the stories of St. Francis and his love of animals, the rabbi said the practice was more of a popular culture thing.

In a non-pandemic year, he said, about 25 people stopped by. Concerned with COVID, the rabbi was uncertain about holding it this year, but the congregation’s executive director, Mandi Kirschman, suggested to make it a drive-by event. 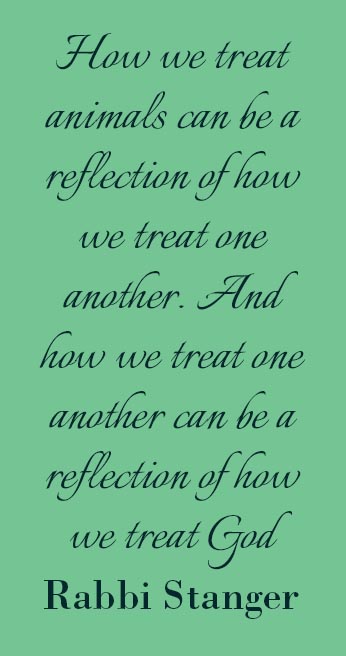 “People don’t have to get out of the car—they just lower the window,” Stanger explained. “I blessed the pets—there is a blessing for animals. It comes from rabbis, and it goes back to the ancient period.”

The rabbi said it in Hebrew, then translated it:

“Blessed are you, Lord God, for creatures such as this in this world.”

He also bestowed the pets with Hebrew names, laid his hand on them and gave them a treat. All the pets were dogs, with a single exception—the rabbi brought his cat, “Archie,” to the ritual.

“It was a nice day, so some people stopped and gathered in the grassy areas,” said Stanger, who has led the conservative congregation since 2006.