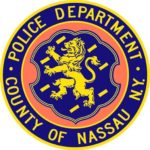 According to detectives, units responded to a call for a domestic dispute on Remison Drive. Upon arrival, police encountered Mario Yulan, 32, who was verbally combative, on the front lawn. When officers attempted to stop him from entering his residence, he slammed the door on an officer’s arm. A second subject, defendant Adolfo Yulan, 64, also pushed the door closed on the officers. Police were eventually able to gain entry and place both subjects under arrest.

One officer sustained injuries to his hand and was transported to a local hospital for evaluation.