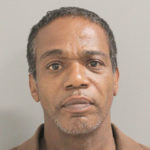 According to detectives, Abdul, while inside Dime Community Bank at 622 Old Country Rd., attempted to withdraw $29,000 from an account using fraudulent identification. An employee of the bank became suspicious when processing the request and discovering that the account had been previously closed due to prior fraudulent activity.

911 was contacted and upon police arrival, Abdul was placed under arrest without further incident.

Abdul is charged with criminal possession of a forged instrument, attempted grand larceny in the third degree and identity theft in the first degree, a felony. He was arraigned in Mineola.