Stabbing attempt in Roosevelt; had 3-year-old daughter with her 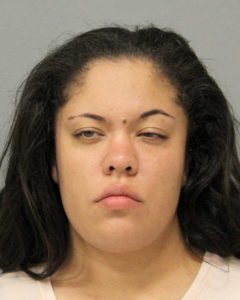 The Nassau County Police Department arrested Tyana Cooper Waite of Pepperidge Road in Westbury for an attempted murder that occurred on Sunday, Aug. 25 at 5:36 p.m. in Roosevelt.

According to police, units responded to a radio assignment on Oswalt Place, where they discovered a 30-year-old male victim suffering from a stab wound to his upper torso. The defendant, who was known to the victim, was located at her residence and taken into custody without incident. The victim was transported to a local hospital for treatment of his injuries.

Waite had her 3-year-old daughter with her at the time of the incident.

Waite was charged with attempted murder in the second degree, tampering with physical evidence, criminal possession of a weapon in the fourth degree and endangering the welfare of a child.

She was arraigned on Monday, Aug. 26 at First District Court, Hempstead.