I write to express my support for the passage of the Climate and Community Protection Act (CCPA) (S.2992/A.3876), introduced in the New York State Assembly by Assembly Member Steve Englebright and in the Senate by Senator Todd Kaminsky. I applaud them, the broad coalition of environmental, labor, community and economic justice groups supporting the bill, and the bills’ 68 Assembly and 35 Senate sponsors for their leadership and commitment to passing this bold climate change policy for the state—one that will help vulnerable communities and create a tremendous number of new, family-sustaining jobs for fellow New Yorkers.

We live in unprecedented times. We are witnessing human-caused climate change—in the form of increased severe storms, floods, droughts, wildfires and other extreme weather events—causing loss of life and damage to people’s livelihoods all over the country and world. The global scientific consensus has called on governments, industry and civil society to take action now to keep temperatures from rising above levels that would lead to long-term catastrophic climate change impacts. After Superstorm Sandy, I visited community after devastated community—Staten Island, Red Hook, Long Beach, Downtown Manhattan, East Harlem, Gerritsen Beach and more. I also visited many Upstate communities decimated by Hurricanes Irene and Lee, as well as the Lake Ontario communities and the City of Binghamton after catastrophic flooding. All these places were vulnerable, and all need our help to ward off future disasters—and better yet, to be more forward acting in addressing the harmful impacts of climate change.

I believe we must prioritize the urgency of climate change and the need to take bold steps to aggressively confront it, and that is exactly what the CCPA does, and it is what I am fighting for in the U.S. Congress. I have insisted that any federal infrastructure plan must have clean-energy and pro-climate policies, including investments in electric vehicles, energy efficiency and a modernized electric grid to aid the transmission of renewables like wind and solar. Likewise, I am fighting for the inclusion of battery storage, electric vehicle and additional wind and solar tax incentives as part of any tax extenders package. Along with our valued partners who lead the House of Representatives, we will also push in the appropriations process for funding for cleaner electric buses, resiliency, equitable clean-energy transitions and energy-efficient building incentives. I have also formed a Senate Democrats Special Committee on the Climate Crisis to continue to highlight the need for a bold climate change agenda, and I will prioritize moving significant and progressive climate legislation if Democrats regain the majority in the Senate after the 2020 election.

While New York has taken some very significant steps to address these challenges, more remains to be done. And this gives New York another opportunity, like it has on same-sex marriage and, in days past, workers compensation and safe workplaces, to be a national leader in an area of critical policy change. As states, municipalities and other local jurisdictions around the country responding to the lack of leadership from the current administration take on the mantle of passing ambitious climate legislation that supports equitable transition to 100 percent clean, renewable energy, New York can take a leading role in reducing emissions and investing in communities that are affected by the impacts of climate change.

From farms across the state battling changing weather patterns, to cities facing urban heat risks, to the many communities on New York’s coasts threatened by storms and rising water levels, New Yorkers are already facing the impacts of climate change. As we address these challenges, we must also keep sight that communities that have faced historic discrimination, oftentimes low-income communities and communities of color, often bear too much of the burden of industrial pollution and can also be at greater risk of climate change impacts. In addressing climate change, we must protect and invest in the communities that are the most vulnerable.

The CCPA before the legislature, if passed, would be the most robust climate policy package passed by any state in the country. The legislation calls for a just transition to a renewable energy economy, good jobs for many tens of thousands of New Yorkers, and investment in communities at the front lines of climate change and pollution. The CCPA mandates New York State achieve 100 percent greenhouse gas emissions reductions and a transition to renewable energy, economy-wide, by 2050. The bill directs 40 percent of all state energy investments to benefit disadvantaged communities, and creates strong wage and contracting standards for jobs that will be created in a renewable energy transition. I understand that good faith negotiations on precise parameters are ongoing, and good ideas that improve the CCPA should be included in the legislation. However, New York should be a leader on climate change, and the CCPA represents an achievable framework for implementing the kind of changes we need to boldly confront climate change, while creating many thousands of good-paying jobs for fellow New Yorkers.

Passage of the CCPA would position New York to lead the national debate on how we can tackle climate change and would offer an example for other states to follow—on how to do so while also building a more just and equitable economy. With the CCPA, New York State can reduce emissions and catalyze green infrastructure development with projects like community solar, energy efficiency retrofits, offshore wind, electric buses, mass transit expansion and more. A transition to a 100 percent clean, renewable energy economy is estimated to create more than 200,000 jobs in New York in the first decade. Taking bold action today is a down payment on the state’s future. If we rise to the climate challenge, we can create tens of thousands of good clean energy jobs, while we protect vulnerable communities—and secure a viable and vibrant future for those who will come after us. I look forward to working with you as we confront these challenges.

Would you like to share your opinion about this topic? Is something else on your mind? Send a letter to the editor to kdijkstra@antonmediagroup.com for publication in print and online. Click here to view our letters policy. 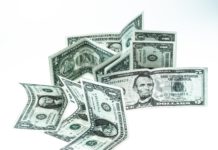