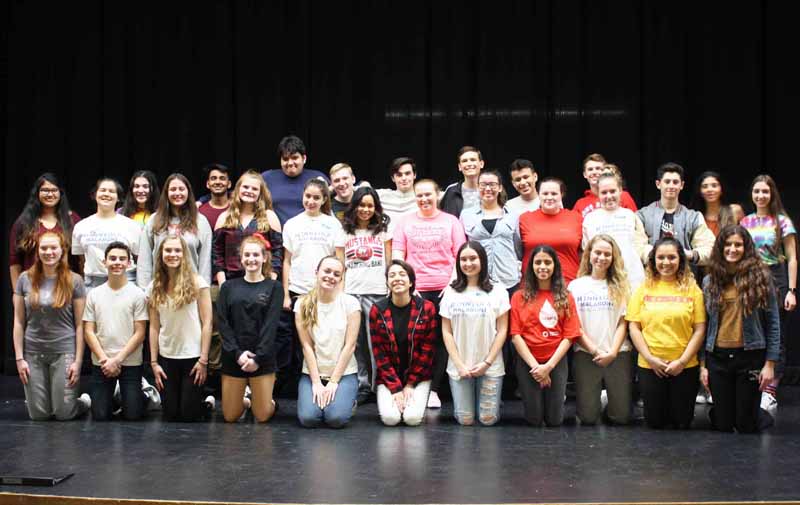 Mineola High School’s drama department and Thespian Troupe 276 will present The Pajama Game on March 23 and 24.

Conditions at the Sleep-Tite Pajama Factory are anything but peaceful, as sparks fly between new superintendent Sid Sorokin, played by Jake Lenze and leader of the union grievance committee Babe Williams, played by Sarah Harty. Their stormy relationship comes to a head when the workers strike for a seven and a half cent pay increase, setting off not only a conflict between management and labor, but a battle of the sexes as well.

Katrine Gulinao also stars as Gladys, the boss’ vivacious secretary, and Nathan Bischoff as Hines, a time-study man and Gladys’ eternally jealous boyfriend. Joining them are Robert Shevlin as Mr. Hasler, the cantankerous owner of the SleepTite Pajama Factory; Sarah Carbain as Mabel, the spunky secretary; and Miguel Velasquez as Prez, the union president and resident lothario.