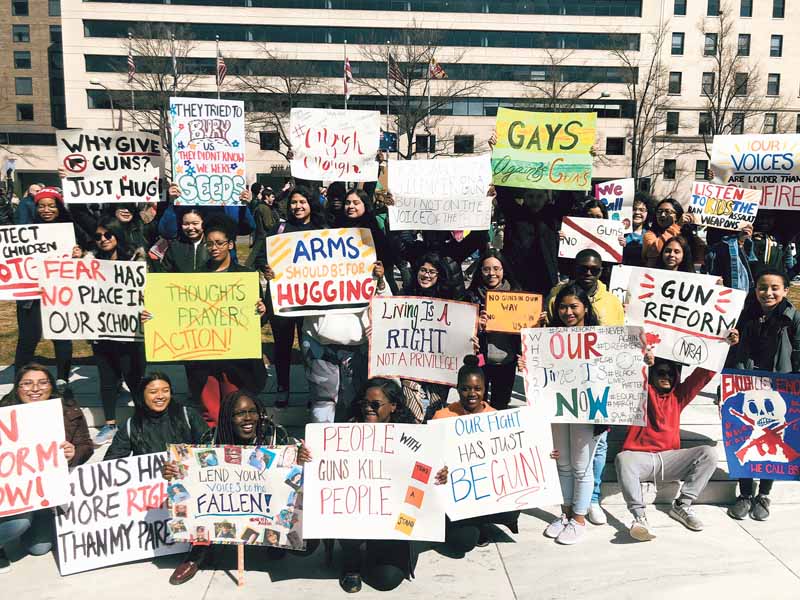 Westbury students took to the streets of DC this past weekend to make loud and clear their desire for gun reform and school safety.

Approximately 40 Westbury High School students boarded buses at the high school on Saturday, March 24, to go down to Washington, DC, and participate in March For Our Lives, a student-led demonstration sparked by the Parkland, FL, school shooting. The DC march and 800 sibling marches across the world, including in New York City, Farmingdale, Port Washington and Glen Cove, advocated for Congress to pass legislation that would ban the sale of assault weapons, prohibit the sale of high-capacity magazines and close loopholes in the background check system.

The effort to go down to DC was led by the National Honor Society, with students making posters the day before the march. 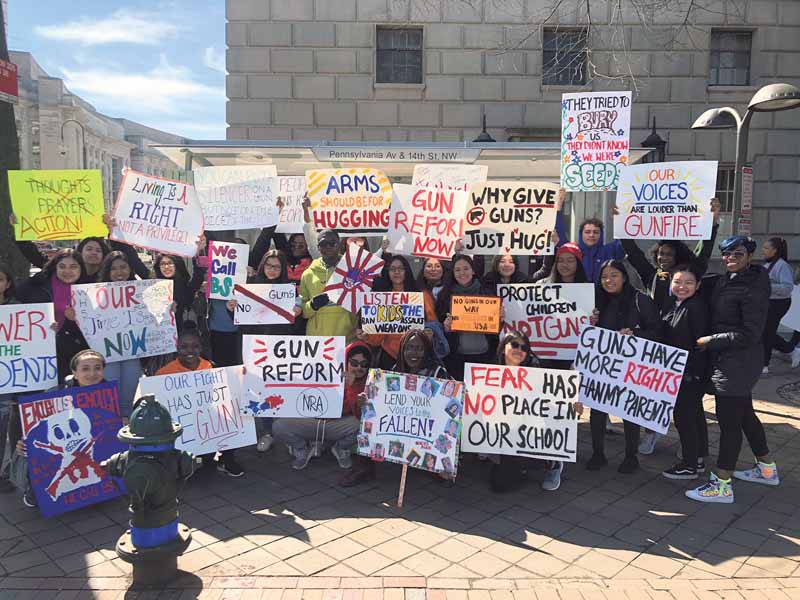 “One of the reasons we wanted to go is to promote our voices as students. Often as a student we’re looked down upon, because we’re perceived as not capable of making big decisions or taking a stand,” said Jessica Escobar, president of the National Honor Society. “When we found out about DC, we wanted to see other students who were promoting unity.”

She noted that taking part in March For Our Lives was an important step in raising awareness about school safety.

“It’s not necessarily about banning all guns, it’s about having safety in our schools,” Escobar said. “Students should be able to go to school without feeling fear. Students should never have to go through the pain another student has gone through, in Sandy Hook or Columbine or Parkland.”

Read Anton Media Group’s coverage of the March For Our Lives in New York City:

March For Our Lives Movement Stirs Communities Around The Nation

And learn more about the bipartisan March For Our Lives Rally at Farmingdale State College: