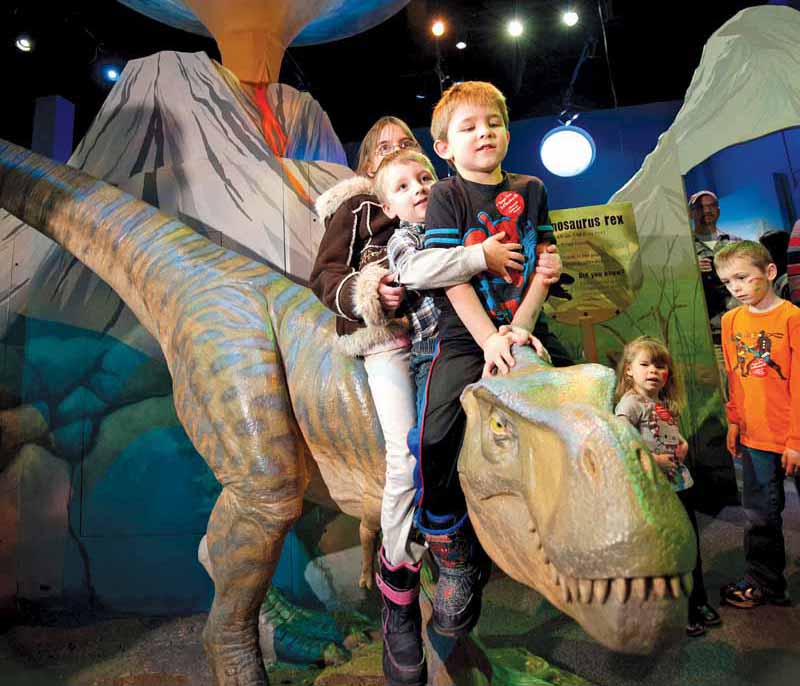 Between about 247 and 66 million years ago, the Mesozoic Era began the Age of the Reptiles. Since then, the land of the lost has become colonized, industrialized and revolutionized, with only a mere fossilized footprint of dinosaurs’ time here on Earth. Some 21,000 years ago, gravel and loose rock left behind by receding glaciers formed Long Island. Today, it is still hard to conceive that this same land of beaches and vineyards was once a dinosaur swampland.

Visitors to Long Island Children’s Museum (LICM) can now tour the latest exhibit, Dinosaurs: Land of Fire and Ice, which runs through May 13. It was created by Minnesota Children’s Museum and is sponsored by The David B. Jones Foundation.

“There are few topics that excite and fascinate children as much as dinosaurs,” noted Aimee Terzulli, LICM Director of Programs. “This exhibit gives us the opportunity to fan children’s fascination to encourage them to use scientific thinking skills and promote an interest in natural history, geography and geology.” 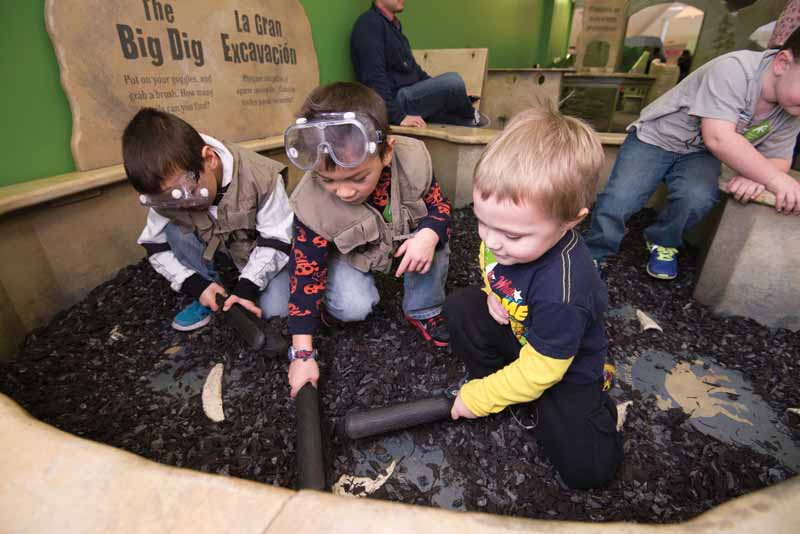 Dinosaurs: Land of Fire and Ice is the first child-centered exhibit in the country dedicated to expanding the understanding of dinosaur habitat and range. It allows children and adults to explore dinosaur habitats to better understand how these mysterious animals lived and use their inquiry skills to examine what they left behind. The exhibit transports families back to the Cretaceous Period (145–65 million years ago), the time when dinosaurs last lived on earth. Children will go face-to-face with the prehistoric world and meet dinosaurs of all shapes and sizes. The exhibit, created for children ages 3 through 10, will feature two distinct environments and a variety of activities. A Field Research Station allows children to step into the role of paleontologist by uncovering fossils with brushes and creating drawings of the dinosaur environment using fossil rubbings and tracings.

The steamy “Land of Fire” connects visitors with prehistoric home of the Triceratops and T-Rex. Children can circle the land in insect costumes and buzz through a volcano with oozing lava. In the “Land of Ice,” visitors will meet two dinosaurs, a Troodon and Edmontosaurus, who made their homes in the cold climate of Alaska. Activities include climbing rocky steps, breezing down an icy slide and hopping across stepping stones in an icy river. 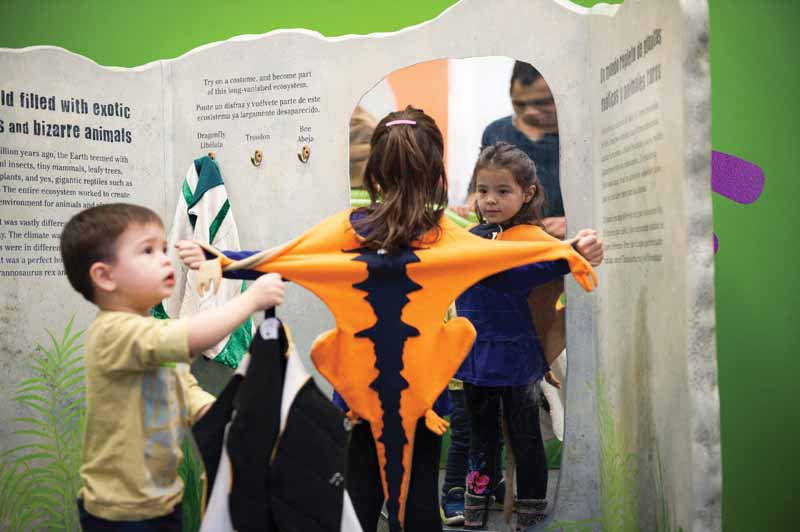 Dinosaurs: Land of Fire and Ice utilizes new research about climates in which dinosaurs were able to survive and thrive. The discovery of numerous species of dinosaurs in the arctic is causing scientists to reconsider old theories about dinosaurs only living in tropical climates. It is now known that many dinosaurs lived in cold weather climates for part of the year.

With the exhibit, Terzulli said the museum hopes to achieve “intergenerational learning,” which she said happens all the time at the museum.

“It’s a great way for kids to feel confident as learners and teachers,” said Terzulli.

Throughout the exhibit’s stay, LICM will offer a variety of public programs and performances to complement the exhibit experience.