When the NAACP started 109 years ago, it was on the heels of a deadly race riot in Springfield, IL, just one of many incidences of anti-black violence that had become disturbingly commonplace for that time period. The Springfield riot sparked a match in approximately 60 people, seven of whom were African-American, to fight for civil rights and racial justice. 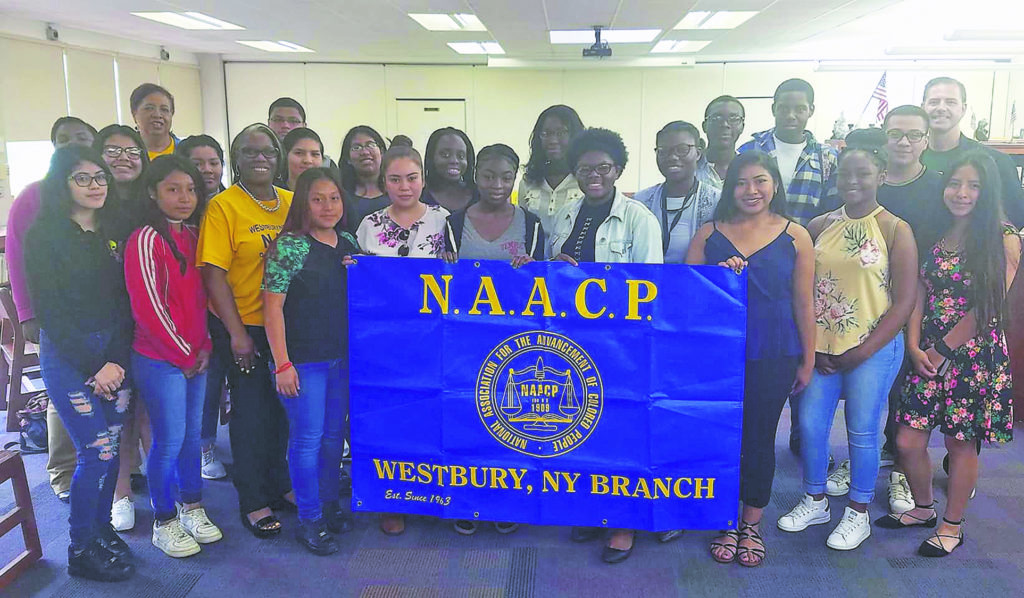 And while the country has made major advances in securing civil rights, the fight is still ongoing, with Dr. Irene Betty Hylton as one of its main champions. Hylton is president of the Westbury/New Cassel NAACP and is responsible for breathing life into a branch that was stagnant for almost 10 years.

“I was in Pennsylvania working as a dean and happened to go to a luncheon on Long Island and did not see any NAACP representation. I asked what happened and someone said we didn’t have anyone to keep it going. I said when I come back, I’ll work on reactivating it,” said Hylton, a longtime Westbury resident. “[When I came back in 2006,] that was my main focus. I reached out and there were a number of people who worked with me to activate the branch.”

The branch had become inactive around the end of the 1990s, but Hylton brought it back to life in 2006, taking over as president. After a three-year term (presidents usually serve two years), she handed the title to Robin Bolling, current Westbury school board member, before Rev. Briddell, pastor of an area church, took over for a term. Hylton, who served as vice-president the years she wasn’t president, took the chapter’s top spot again in 2017.

At 82, Hylton said she is the chapter’s oldest member, with many members in their 40s through 60s. Their membership is currently at about 125 members, with about 20 coming to their monthly meetings at the “Yes We Can” Community Center. The appeal, Hylton said, is that the NAACP gives people a chance to not only share their concerns, but do something about them.

“It gives people an opportunity to express their level of concern about what’s going on in the community. You see that your problem is not yours alone,” Hylton said, noting that with President Trump in office, challenges have become greater. “We’re looking to see how we can make a difference in civil rights for everyone.”

One of the biggest changes to the NAACP over the years is the group’s shift to “game changers,” major areas of inequality facing African-Americans which include health, education and media diversity, as stated on the NAACP website.

On a local level, the Westbury/New Cassel chapter of the organization has its own game changers: education, health, voting rights, criminal justice, economic sustainability and youth engagement. Those initiatives include doing parent training at the school district; registering people, including high school students, to vote; having youth compete throughout the country in areas of talent, science and technology; education the community on vaccinations and advocating for residents who face deportation.

“Our recent focus has been these game changers..they’re the major issues of inequality facing people of African-American descent and all people,” said Hylton. “If you sit back and say nothing, then nothing will be done, but if you work as a cohesive family group, then you can make a difference. It becomes a community partnership.”

The NAACP meets the third Saturday of every month at the “Yes We Can” Community Center, from 11 a.m. to 1 p.m.