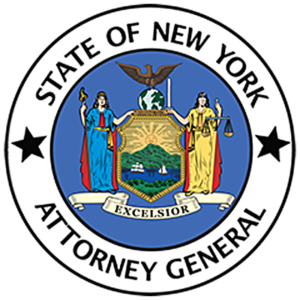 A Westbury man faces up to 25 years in prison after operating on patients, despite losing his medical license 10 years ago.

Unlicensed plastic surgeon Brad Jacobs, 56, of Westbury, and licensed physician Nicholas Sewell, 74, of Jackson Heights, were arrested on charges that they engaged in a four-year scheme to illegally perform plastic surgeries on more than 60 patients, including causing permanent disfigurement to one patient. Jacobs, a former plastic surgeon, surrendered his New York medical license in 2007 after the New York State Department of Health charged him with 29 specifications of Professional Medical Misconduct. From September 2012 to June 2016, Jacobs and Sewell allegedly defrauded patients undergoing costly cosmetic surgery procedures—each averaging between $8,000 and $10,000— by falsely representing that Jacobs was authorized to practice medicine.

“It is unconscionable that an unlicensed surgeon would take advantage of unsuspecting patients like this,” said Attorney General Eric T. Schneiderman. “Practicing medicine without a license jeopardizes the lives of New Yorkers, undermines our health care system and diminishes the work of licensed doctors committed to their patients’ safety and health.”

“The doctor-patient relationship is one that is built on trust and when abused can have serious consequences,” said State Health Commissioner Dr. Howard Zucker. “The Health Department is proud to have worked with the Office of the Attorney General to root out those that seek to diminish the responsibility that goes with being a licensed physician. My agency will continue to work to ensure that New Yorkers have access to quality care and will support the Attorney General as he holds these wrongdoers accountable.”

The Attorney General’s investigation revealed that, over the course of four years, Jacobs and Sewell allegedly performed surgeries on more than 60 patients, along with scores of additional medical procedures on patients, including Botox and injectables. Many of the individuals allegedly defrauded were either former patients of Jacobs or individuals referred by Jacobs’ former patients.

In order to conceal their illegal activity, the defendants allegedly directed patients to pay either in cash or to write checks payable to a relative of Sewell’s. Checks were then deposited into an account under the relative’s name, although it was completely controlled by Sewell. Sewell then allegedly transferred money from that account to an account under one of Jacobs’ relatives’ names—which was likewise completely controlled by Jacobs. It is alleged that, from the nine witnesses specified in the indictment alone, nearly $50,000 was transferred between the two accounts in an effort to conceal the proceeds of their crimes.

Jacobs was licensed to practice medicine in 1988 and practiced until June 18, 2007, when the New York State Department of Health, Office of Professional Medical Conduct (“OPMC”) invoked its emergency powers to summarily suspend his license and shut down his practice. Jacobs was thereafter formally charged with 29 specifications of Professional Medical Misconduct, including gross negligence, incompetence, and moral unfitness related to his performance of surgeries including breast augmentation, tummy tucks, liposuction, and rhinoplasty.

During the OPMC’s revocation hearing, Jacobs admitted that he could not defend against the charges, and in September 2007, surrendered his license to practice medicine. The Surrender Order entered against Jacobs was extremely restrictive. It not only ordered him to immediately cease the practice of medicine, but also prohibited Jacobs from representing that he was eligible to practice medicine; providing an opinion as to the practice or application of medicine; occupying, using, or sharing office space in which another physician provides health care services; or sharing or receiving any fee for professional services. Since 2007, Jacobs has remained unlicensed as a physician or as any other medical professional.

Sewell has been a licensed physician in New York State since 1982. In 2011, Sewell procured operating room space at Allure Plastic Surgery, located at 150 East 61st Street in Manhattan. Immediately thereafter, Sewell and Jacobs allegedly began seeing patients and performing surgeries and other cosmetic procedures—falsely representing that Jacobs was authorized to practice medicine.

If convicted, each defendant faces up to 25 years in prison.

—Submitted by the Attorney General’s Office