Last week Hicksville High School joined a tragic list of local schools that have seen a student of its own driven to suicide after years of relentless bullying by their peers.
The student apparently wore a back brace to treat scoliosis, which led to ridicule and eventually emotional and physical abuse. Published reports and comments by the student’s mother reveal that the school was told about the abuses occurring on school grounds, but either the protocol in place was insufficient, or worse, the administrators did not heed the dire allegations by the student.

Now, this youngster, driven to an extreme measure, will never grow to that age when we all realize that the opinions of our fellow high schoolers were absolutely and forever inconsequential—that the despair felt on lonely afternoons during our teen years eventually transforms into an almost wistful nostalgia.

The power of a bully exists only because school administrators have forgotten what it is like to be that lonely teen walking the halls with arms full of books, and a peculiar individuality that could be highlighted and mocked for a bully’s amusement. Perhaps if those who hold the authority to deflect a bully’s impact had better memories and more compassion, rather than a laser-focus on attendance and test scores, teens like the one at Hicksville High School would have a chance to survive and thrive during their adolescence.

This is not the first of these dreadful tragedies and it certainly won’t be the last—now is the time for all administrators at every high school on Long Island to reevaluate its response to accusations of bullying. You are not merely taskmasters driven by Common Core standards and funding garnered by top grades—you are indeed protectors of the next generation and it is your responsibility to ensure that all young people have the chance to grow into someone who remembers their high school years with an embarrassed laugh and a sense of pity for those who did them harm.

Stay Calm And Be Prepared: A Message From Our Publisher 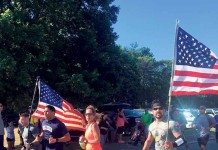 Stay Calm And Be Prepared: A Message From Our Publisher