Looking for a new book to dive into? Here’s what librarians around the country have at the top of their reading list.

The Lying Game by Ruth Ware 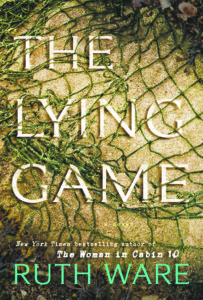 Isa and her friends are boarding school misfits who are notorious for playing “the lying game.” The more believable your lies, the more points you earn. A suicide at the school results in the girls being expelled under a cloud of suspicion. Fifteen years later, Isa hasn’t seen her three closest girlfriends in a decade, but one text will bring them together again to deal with their deadly childhood secrets.

Watch Me Disappear by Janelle Brown

Billie is a beloved and loving wife and mother to Jonathan and Olive—or so they believe. Her disappearance while hiking dredges up secrets about Billie’s radical past, doubts about how well either of them knew the woman around whom their lives revolved, and questions about whether Billie is even dead…or simply vanished. 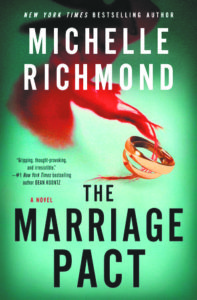 The Marriage Pact by Michelle Richmond

Newlyweds Jake and Alice are understandably nervous about starting married life together. So, when given the opportunity to join the exclusive group known as “The Pact,” whose stated goal is to keep married couples happy and together forever, they jump at the offer. However, things quickly take a sinister turn and readers will be hooked as Jake and Alice struggle to find their way out.

When Quincy Carpenter survived a massacre while the rest of her friends were murdered, the press labeled her a “Final Girl,” part of a group that consisted of two other women who were the only ones to survive their own tragedies. Quincy has no desire to claim this label and wants to move on. But when one of the final girls dies, and the other confronts Quincy, claiming that a killer might be targeting them, Quincy’s new life unravels. Readers will be invested in seeing if Quincy can retain her status as the last one standing.

Down A Dark Road: A Kate Burkholder Novel by Linda Castillo

A once Amish police chief in a rural Pennsylvania town is faced with a dilemma. Her childhood friend has escaped from prison after being convicted of killing his wife. Kate still knows the Amish ways and after talking with the family and the community, thinks there might be something to Joseph’s story. Kate is caught in the crossfire between the “English” and the “Amish” and needs to solve this so her past won’t haunt her.

The Almost Sisters by Joshilyn Jackson 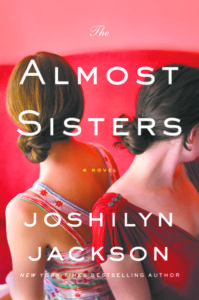 Leia finds her life is spiraling out of control. First she discovers she is pregnant from a one night stand, then she receives a phone call that her beloved grandmother is acting erratically. Meanwhile, she finds her stepsister in the middle of a marital crisis. Returning to her grandmother’s small hometown in Alabama to figure out the future, Leia is confronted by the past including a dark family secret.

When Agent Liam Scott recruits a beautiful hacker, Allison Trent, to find a leak within the FBI, he uses her cousin’s criminal record as leverage. As they try to deny their growing attraction, the computer program Allison developed is stolen. Liam helps track down the thief while protecting her from continual harassment and attempts on her life.