When Jen Calonita was in fourth grade, she wrote a list of three wishes she would ask if she ever encountered a genie. On her wish list was to buy all the Cabbage Patch dolls in the world so she could give them away for free (a rather altruistic wish for an 8 year old), to have a mansion, limo and lake house, and to be an author for young readers.

The lack of genie hasn’t kept the Carle Place native from seeing one of those wishes become a reality. Calonita is the author of 18 books for young adult and middle-school age readers, and this year she’ll also be adding her voice to the American Girl series, penning a book for a character yet-to-be released. 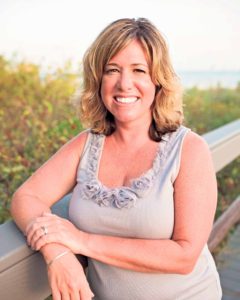 Part of what has added to Calonita’s success is that she draws from her experience. Prior to becoming a full-time author 12 years ago, she worked as an editor for entertainment magazine Teen People, a career that provided her plenty of anecdotes for her six-book series, Secrets Of My Hollywood Life, about a teen celebrity navigating the pressures of fame. Her time as a camp counselor influenced the Whispering Pines series and Calonita also injected a lot of her personality into the lead character of her VIP series, which follows the adventures of a 12-year-old who gets the chance to tour the country with her favorite band.

She also draws from her environment as well and local readers will notice mentions of Long Island haunts in Calonita’s books; Jones Beach, Mattituck and her alma mater Carle Place High School, all get mentions.

“My high school experience plays a part in all my books,” said Calonita, who now calls Merrick home. “It makes it a more personal story. I know when I read and am familiar with places the author is writing about, I can imagine myself there. For me, I felt like if I could include our small town, that was a great way for other readers to know the area. It makes it more real.”

Her sons, ages 12 and 8, and their friends, have also served as a great inspiration for her characters, as did the strong protagonists in books such as A Wrinkle In Time, Anne of Green Gables and Little House on the Prairie. Mia Thermopolis, the relatable lead character in Meg Cabot’s The Princess Diaries, was also a huge influence for Calonita’s first series.
Growing up with such strong literary characters is part of the attraction of writing for the young adult/middle grade niche, said Calonita.

“Some of my favorite characters helped me through those years. So much changes in your life during those teen years and there’s so many experiences that stick with you,” said Calonita. “If I can make that transition a little easier or relatable, knowing that you’re going through the same experience as some of my characters, that’s a good thing.” 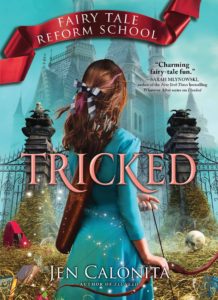 Calonita’s literary ventures aren’t just one-hit wonders; she’s crafted characters for five successful series. For Calonita, the characters in her books are like real people, so being able to write multiple books featuring the same protagonists allows her to flesh out storylines and see how they react in different situations.

“As a kid, I always preferred reading series. If I really liked a character and story, I never wanted the story to end,” Calonita said. “My mind still works the same way, I hate giving up characters if I’m enjoying spending time with them and readers enjoy spending time with them. I like being able to develop the story more and see where the character goes when new situations are thrown at them.”

While some authors wait years to get their novels published, for Calonita, it was a mix of hard work and taking a chance by asking someone to coffee. As a magazine editor, she worked in the same building as a book publisher and one day asked an editor if she could meet for coffee to learn more about getting a book published. She ended up pitching the idea for Secrets of my Hollywood Life, and the book editor told her to get the story down on paper. Calonita wrote the story and the book was picked up by Poppy, an imprint of Hachette Book Group.

Calonita frequently speaks at high schools and libraries about her books and path to becoming and author. She encourages aspiring authors to not be scared to take chances and ask for advice, as well as to keep reading and writing as much as possible.

“The more you read, the better you’re going to write. When you see how other people develop their stories, it’s so inspiring and it makes me want to sit down and write,” said Calonita, who also encouraged keeping a writing journal nearby to write down ideas. “You never know when inspiration is going to strike, when an idea is going to turn into a story. Write and read as much as you can, it’s a great place to start.”

Calonita will be signing copies of her newest book, Tricked, part of the Fairy Tale Reform School series, at Barnes and Noble Carle Place on Saturday, March 18 at noon.