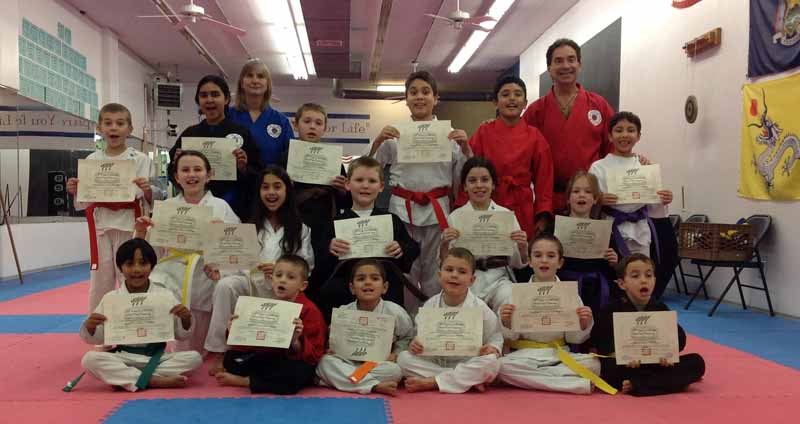 “Our goal at Charles Water’s Karate & Fitness is to facilitate mental growth enabling our students to reach their highest potential as human beings,” said Mr. Charles Water owner and director of the school. Our studio teaches students how to defend themselves responsibly while instilling self-confidence, self-discipline and respect for others.”

Charles Water’s Karate & Fitness is a full time, professional martial arts school, with classes for children, adults and teenagers.  The school is the only one on Long Island that also offers Karatatot, the only program specifically designed for children 4½ to 6 years of age.

Charles Water Karate & Fitness mission statement is “We Prepare You for Life.”

Congratulations to the following graduates: