It’s time to get moving on your holiday shopping. Here are a few recently published books for the young people in your life to enjoy over and over again. 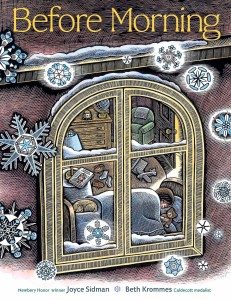 Before Morning by Joyce Sidman (Houghton Mifflin Harcourt, 2015). Beautiful illustrations tell the story of a young girl who dreams of a snow day to spend with her family. (Ages 4-7)

Nanette’s Baguette by Mo Willems (Disney-Hyperion, 2016). You bet Nanette will go buy the baguette! Follow Nanette on her uproarious first solo journey to the bakery. (Ages 4-8)

Penguin Problems by Jory John (Random House, 2016). A grumpy penguin whines about the problems of life until a friendly walrus gives him a new perspective. (Ages 3-7) 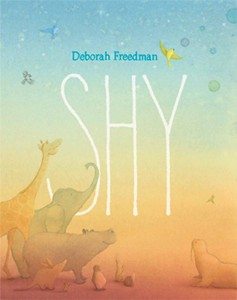 Shy by Deborah Freedman (Viking Children’s Books, 2016). A giraffe named Shy has only read about birds in books, but when the day comes to finally meet a beautiful songbird will she overcome her fears? (Ages 3-5)

They All Saw a Cat by Brendan Wenzel (Chronicle Books, 2016). Brilliantly illustrated book that allows the audience to view a cat from several different perspectives. (Ages 3-6)

We Found a Hat by Jon Klassen (Candlewick Press, 2016). Third installment in Klassen’s “hat” series, and quite possibly the best one yet. (Ages 4-8) 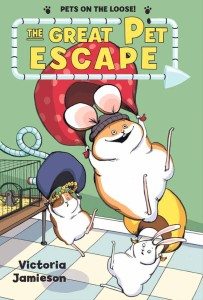 Booked by Kwame Alexander (Houghton Mifflin Harcourt, 2016). Told in verse, readers are introduced to 12-year-old Nick as he navigates his parent’s divorce, bullies, the soccer team and friendship. (Ages 12-15)

The Great Pet Escape by Victoria Jamieson (Henry Holt and Company, 2016). Three elementary school class pets want to escape to freedom, but will the mouse army threaten to sabotage their plan? (Ages 7-10)

Once Was a Time by Leila Sales (Chronicle Books, 2016). Lottie time-travels between 1940s England and the present day to escape Nazis. Will she figure out how to make it back in time to save her best friend or be stuck in the future forever? (Ages 9-12)

Raymie Nightingale by Kate DiCamillo (Candlewick Press, 2016). Raymie’s quest to win back her father leads her to enter a beauty contest, as well as form an unlikely friendship with stubborn Beverly, who plans to sabotage the pageant, and lovable Louisiana who hopes to win all the prize money. (Ages 9-13) 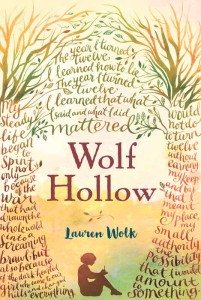 When Mischief Came to Town by Katrina Nannestad (Houghton Mifflin Harcourt, 2015). Inge comes to live in a remote village in Denmark with her grandmother, where her misadventures bring joy and life to the lives of its residents. Reminiscent of Anne of Green Gables. (Ages 8-11)

Wolf Hollow by Lauren Wolk (Dutton Children’s Books, 2016). Young Annabelle must fight for her beliefs and go up against a cruel bully who threatens to ruin the lives of several town members. (Ages 10-14)

Your Presidential Fantasy Dream Team by Daniel O’Brien (Crown Books for Young Readers, 2016). Presidential elections on your mind? This book gives you all the facts to put together your own fantasy dream team. (Ages 9-12)