Last year, the Westbury boys varsity basketball team made school history by making it to the finals of the Nassau County AA championship. It was the first time in the school’s history they were in the classification, which is the largest, most competitive one in the county. After a 19-4 season, the team found themselves facing off against Baldwin, ultimately falling to the Bruins. 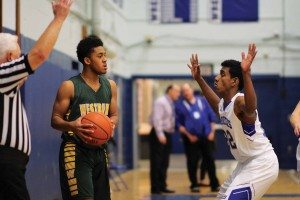 That taste of county championship glory sparked an appetite in the team, which they hope to satiate this year. Going into the season with four returning starters gives them a definite advantage, and Coach David Graff said they have high hopes for the season.

“We hope to be one of the teams competing for a county championship again,” Graff said. “We have four starters returning. The experience of playing against the best competition and on the big stage is irreplaceable. Those four starters have that experience under their belt and hopefully, if they’re in that situation again, they’ll have the benefit of having been there before.”

Graff will be relying heavily on returning starters Brandon Ottley and Khalid Ketchen, as well as all county players Jonathan Dean and Darius Young, who he called the heart and soul of the team.

“We will go as far as those two players take us,” Graff said. 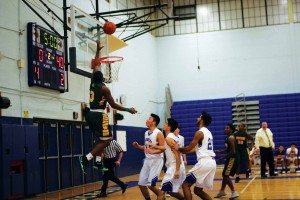 “Both of those players are ready to make a big contribution and hopefully they’ll help us,” Graff said.

Having a strong lineup will be crucial, as the team takes on Baldwin, a three time defending champion, again this year, as well as what Graff called the toughest non-league scheduled they’ve ever had. They play non-league games against Bishop Kellenberg, Chaminade, Bay Shore and Deer Park throughout the season. 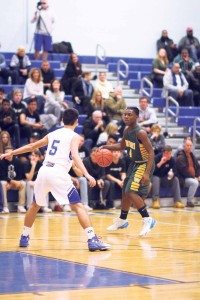 Playing varsity basketball at Westbury High School is no small feat, as it requires a tremendous amount of commitment. Athletes practice six days a week, with the exception of Sunday, for two and a half hours. The program runs year-round, including summer workouts and when school is closed for break.

“You have to have a year-round program if you’re going to compete with the best, which we have been doing for years” Graff said. “Westbury has always been one of the premier basketball programs in Nassau County. We have a long history and tradition at the school and the commitment in the community to basketball is very high. It’s just something that is the norm in this community.”

Graff said having the support of the community has played a vital role in the success of the basketball program. He noted the “Yes We Can” Community Center being built so close to the school allows the team to hold summer and fall leagues there when the gym is unavailable, and that parents and fans have been a huge help.

“We get very good support from parents and fan. It helps us tremendously,” Graff said. “The help from the community is invaluable.”