If eight years ago Westbury resident Eric Garzon had been told that he would go from a Wall Street financier to a Filipino pop star, he would have laughed. Today, the local artist has not only realized his dreams of being a singer and songwriter, but has become an internationally recognized artist who produces all his music within his own studio.

“I started to get back into music after I lost my job in the finance industry in 2008,” said Garzon. “That’s when I started to do some soul searching, decided to pursue music professionally and dropped my first album.” 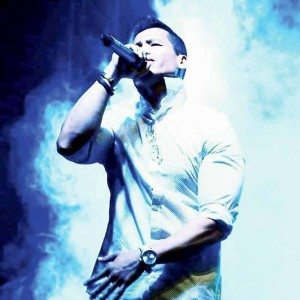 He has since produced three albums, including Black & White which debut this summer, and is currently working on a fourth. Garzon, who goes by the stage name Eric G, comes from a Filipino heritage, but never anticipated that his core audience and a large body of devoted fans would be found in the Philippines. His big break came about accidentally after reaching out to one of his favorite artists from the region, Cecile Azarcon, to request permission to remix one of her songs.

“She looked me up and did some research and asked ‘Did you do this?’ She was amazed that I wrote and produced everything in my own studio,” said Garzon. “She said she had never met anyone like me.”

Azarcon was so impressed by Garzon’s work that she introduced him to Kuh Ludesma, a well-known pop and jazz singer, actress, model and fashion designer within the Philippines. The star was quick to invite Garzon to perform at one of her upcoming concerts and the rest was history. 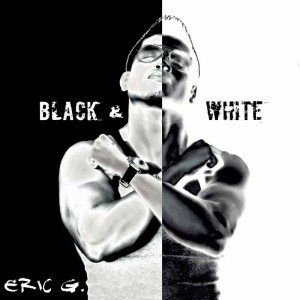 Garzon’s success both within his community and abroad is due to his truly unique sound. Refusing to limit his style to one category entirely, each of his albums encompasses elements of R&B, pop and his own electronically produced beats. He sees his music as a spectrum from black to white, hitting upon all the colors in between.

“For the most part, people really feel my music no matter what type of audience, whether black, white or Spanish,” said Garzon.

Garzon proudly recalls the positive reception he has received from fans, whether performing locally or abroad. His lyrics tend to be faith-based and within the bounds of Christian ideology, but believes his tracks are the type of feel-good music that anyone could enjoy.

“I’ve performed everywhere from a small coffee shop to something as big as the Meadowlands Expo,” said Garzon, “I’ve been on TV and on the radio, in fashion shows and a beauty pageant.”

Despite his already impressive portfolio, Garzon believes there is always room for growth, and intends to continue challenging himself as a singer, songwriter, producer and performer.

“I actually cringe when I hear my first album, it was so rudimentary,” said Garzon. “I try to appreciate where I was and where I am now, because if I didn’t have that feeling of cringing it means I didn’t grow.”

Growth is certainly on the frontier for Garzon, as he is already onto his next musical venture. He is currently working on his fourth studio album entitled Worship, which he hopes will be his best one to date.

For more information, visit ericgsounds.com or his Twitter page
@ericgsounds.