Hundreds of community members flocked to Martin “Bunky” Reid Park Tuesday, Aug. 4, to take part in what would become a night to remember for the communities of Westbury and New Cassel as they shared one common goal: to unite and keep pushing towards safer neighborhoods. 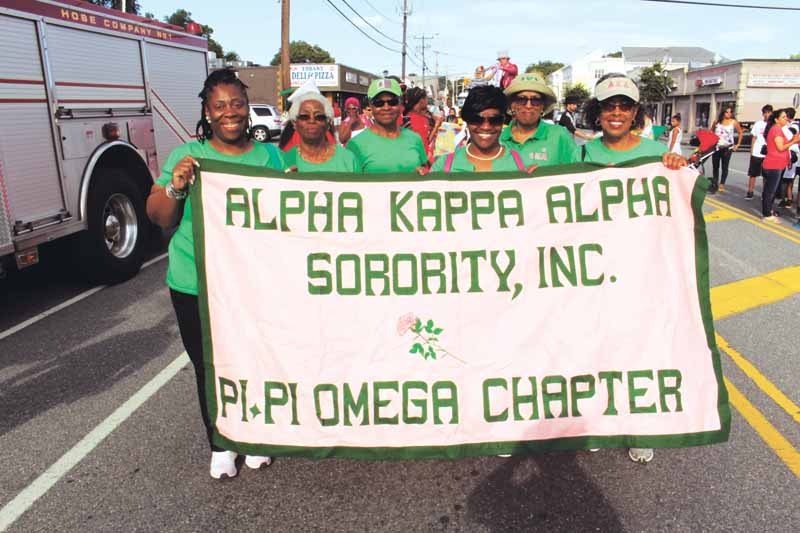 With North Hempstead Supervisor Judi Bosworth, Nassau County Legislator Siela Bynoe and other local officials in attendance, a parade down Prospect Avenue as well as an educational yet fun-filled get together in the park, helped celebrate the area’s 2016 National Night Out.

A nationwide celebration, National Night Out focuses on the importance of every day citizens banding together with local police in order to fight the forces often dividing them.
Held during a time of nationwide tension between police and the people they serve and protect, attendees used that division as a reason to continue to fight for what is right. Through informative demonstrations and words of wisdom from community leaders, large strides were taken towards coexisting productively. 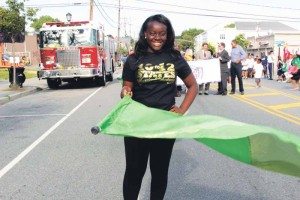 As parade-goers prepared to embark on their trek starting from the local Salvation Army building located at 992 Prospect Ave., shouts of desired unity were heard.

“No community without unity,” people chanted as they walked as one group.
“I think it’s great for the community,” said Jonathan Tonico, who marched alongside friends in the parade. “It’ll help keep the community together, especially with everything happening nationwide involving the police.”

After the Pledge of Allegiance was recited by the Boy Scouts of Troop 233, the National Anthem was performed by the “Yes We Can” Community Band and words of prayer were offered from local religious leaders. 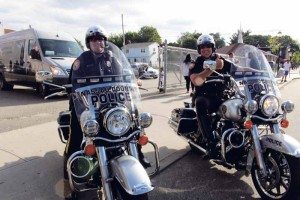 Sponsoring the event was the Westbury location of Applebee’s, who was on site providing cheeseburgers and hot dogs for neighborhood friends and family looking for a bite to eat.

“This is my first year helping out,” said Andrew Clements, who helped distribute the food and mentioned that his older sister invited him to the event. “It’s cool to interact with new faces.”

Also sponsoring and lending a hand were representatives of Target, the sisters of the Pi Pi Omega Chapter of the Alpha Kappa Alpha sorority as well as the North Shore Child & Family Guidance Center, who were stationed at booths handing out a variety of snacks and goodie bags to kids. With cornhole games, a planned field day for the children and circus acts on stilts, there wasn’t a moment lacking excitement.

Taking the stage, Bynoe received the loudest ovation of the night after a warm introduction from the supervisor. Her words struck a chord with those listening. 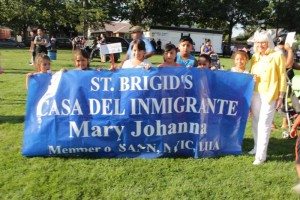 “During a time like this, it is important that our officers are here with us and that we are here with our police officers,” said Bynoe. “This is all about partnership. We’ve been able to hold events together that benefit the children of our communities, therefore, we need to continue to give them our support.”

A great opportunity for the police officers to meet the people they protect, many were on hand to show their commitment in keep the community safe.
Nassau County Police Commissioner Thomas Krumpter spoke to a group of about 15 and assured them that the officers will always have their backs.

“We’re here to keep you guys safe; no matter what, you can count on us,” Krumpter said.
After yet another successful turnout, many in the community hope this kind of enthusiasm remains throughout the year until the next National Night Out. The Westbury and New Cassel families plan to continue to have monthly get togethers in an effort to keep what is important in sight, building on neighborhood, police and government partnerships.