If art reflects life, then the musical In The Heights is a mirror to the lives of the millions of people who have left their native countries in pursuit of a better life. Westbury High School students will take on retelling this classic show this weekend. 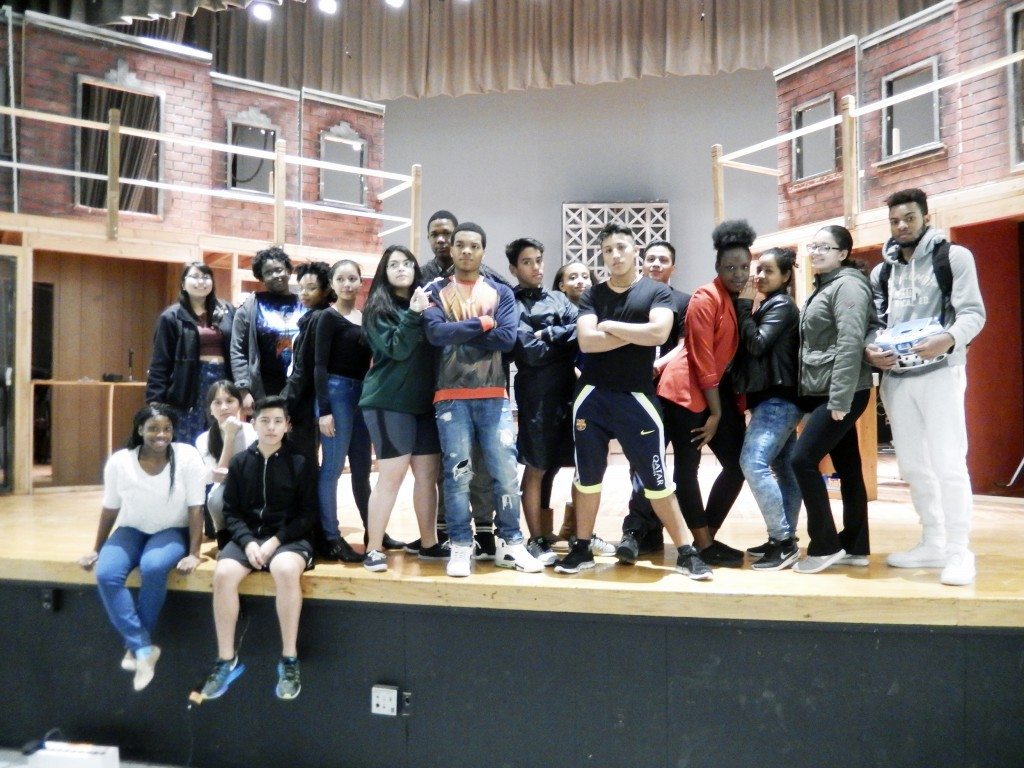 One of the most noteworthy aspects of In The Heights is its relatability. The play is a snapshot of the lives of residents in the close-knit neighborhood of Washington Heights, and many Westbury residents will be able to resonate with the story of the characters, who are primarily immigrants trying to make a better life for themselves.

“This musical will speak to the community, reflecting many struggles,” said director Nadine Schalk. “It is about community and the bonds within the community.” Andrea Argueta saw the play on Broadway when she was 11 years old and has been asking Schalk to do the musical since she was a freshman. She plays Claudia, the grandmother-type character of everyone in the neighborhood, who tells her story of how she immigrated from Cuba.

Argueta is Guatemalan and said she sees many parallels between the play and her own life.

“It’s a reflection of my culture and where I come from,” Argueta said. “My grandmother is very similar to Claudia, she came here when she was young to work and raise her family here. I think everyone can find something to relate to in this show.”

“It resembles a lot of my family and background,” Valles-Diaz said. “We didn’t come here with anything, we just knew we wanted more.”

The theme of hard work and survival resonated for Valles-Diaz, whose family immigrated to America.

“The characters started from the bottom and made their way up the ladder,” Valles-Diaz said. “In the musical, it says we came here with nothing but the clothes on our back and a shred of hope and our dignity. The characters show us that they had a lot of struggles. But they still managed to survive and get by at the end of the day.”

Alyssa Chambers’ character Nina, has to deal with the pressure of being the first one in her family to go to college. The play finds Chambers’ character returning to her neighborhood to tell her parents she’s dropped out of Stanford, because her grades were too low and it was too expensive. 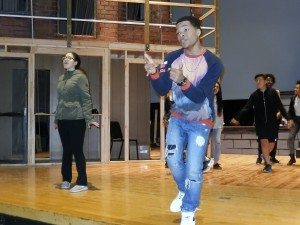 “This is something college students go through in real life too, it’s either too expensive or they can’t deal with the pressure,” Chambers said. “This is a message of don’t be afraid to speak up and ask for help.”

The play is fun and energetic, with a soundtrack that features a lot of Hispanic music as well as hip hop. Students have risen to the challenge of both speaking and singing in Spanish, as well as going out of their comfort zone to learn new choreography such as salsa and break-dancing.

“The songs are fun. They require a lot of work because they’re complicated and there’s lot of Spanish,” said senior Cenia Larios. “I think we’re all nervous but when the time comes we’re all going to have lots of fun.”

In the Heights takes the stage April 8 and 9 at 7 p.m. Tickets are $10 for adults, $5 for senior citizens and students. Children 10 and under are free.