Gerald “Jerry” Elias never expected to have a lifelong career in music—in fact, as a child his dream was to play first base for the New York Yankees. However, the Westbury native traded his glove for a bow and has enjoyed an exciting career as a violinist for renowned orchestras.

On April 17, Elias, a 1970 Westbury High School alum, returns to Long Island to play with the Long Island Youth Orchestra (LIYO), the group that played a formative role in his musical pursuits. Elias reached out to the LIYO about a year ago, asking them if they wanted to perform a piece that he composed. They agreed, and asked him to come back and play a solo with the group.

“I haven’t played with them since the mid-70s,” said Elias, now a Salt Lake City, Utah resident. “It’s going to be really exciting. It’s been a long time and I haven’t heard the orchestra for a long time. It will be great to work with them again.”

Elias was concertmaster of the LIYO as a teenager, but his musical education began at a much younger age. While neither of his parents played an instrument, Elias’ home was always filled with music, either from the record player that was regularly on or from his older siblings, who played the violin and piano. When he was 7-years-old, he began taking violin lessons.

“I didn’t expect to love it so much. I figured it was something everyone does,” Elias said, noting that at first, he would play baseball just as much as the violin. “It was just an activity. It felt comfortable for me to play and I enjoyed playing in community and school orchestras.”

Soon after he began playing, Elias joined the LIYO under the direction of Martin Drewitz. As the self-described “black sheep” in his family, Elias said playing in the orchestra provided an outlet for his rebellious teenage years. It also allowed him the opportunity to travel, instilling in him a lifelong wanderlust.

“Drewitz would take us on these tours every summer and I really loved them,” Elias said. “It was so adventurous and you got to see the world and different cultures. It opened up a whole new door.” 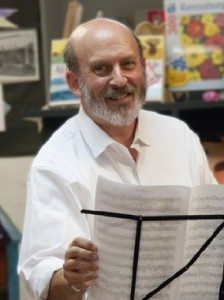 In addition to his hours spent in the LIYO, Elias was also involved in the Westbury school district music program. He said that the district had highly qualified musicians conducting, and though they were small groups, they worked hard and played good music.

“I always found playing in orchestras edifying, not only from the music point of view but the social point of view,” Elias said. “You could hang out with 50 to 60 other kids and expand your friendship. It was people of common interest.”

And though he was immersed in different orchestras, Elias still considered his music a hobby. That all changed during his last year at Yale, when he auditioned for the prestigious Boston Symphony Orchestra.

“I got in, and as soon as I graduated I had a full-time job, which was quite a luxury and stress relief,” Elias said. “That’s what really nailed it in for me.”

Elias said there have been many moments that stick out to him over the years, both as a student and professional. He said the mix of a great musical composition, with a skilled conductor and other talented musicians is key to a standout performance. But another element that makes a performance memorable is the audience.

“There are times when the energy of the audience is absolutely palpable to the musician,” Elias said. “When you have a combination of great music, great performers and a great performance, there’s nothing like it.” 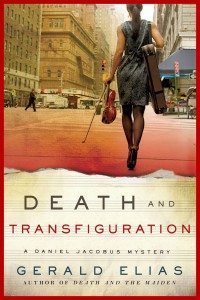 Music isn’t Elias’ only creative pursuit. He’s also written several fiction books that center around the music world. Elias said he always enjoyed writing and initially wanted to write a fictional novel that would address different issues that violin students face. After his initial manuscript was rejected several times, Elias reached out to an author that was teaching at Yale, who offered suggestions and helped him find an agent. After at least 10 rewrites, what started out as a pedagogical novel, turned into a full-fledged murder mystery.

“As a kid I had always enjoyed reading mysteries like the Hardy Boys and Nancy Drew, so I decided to make this a murder mystery,” Elias said. His agent found a publisher for him with St. Martin’s Press and soon asked him to write a second, third and fourth book. “It confronts a lot of issues we deal with as classical musicians. Even for people who don’t know anything about classical music, they can enjoy reading it as a murder mystery.”

At the April 17 concert at the Madison Theater at Molloy, Elias will be signing and selling copies of his books to benefit the LIYO. To learn more about Elias, visit www.geraldelias.com. Details about the LIYO show can be found at www.liyo.org/schedule.html.