Town officials teamed up with Special Olympics New York for the 12th annual Town of North Hempstead Polar Plunge on March 5 at North Hempstead Beach Park in Port Washington. Several hundred brave souls gathered for the event and sprinted into the frigid 40 degree waters of Hempstead Harbor at noon. 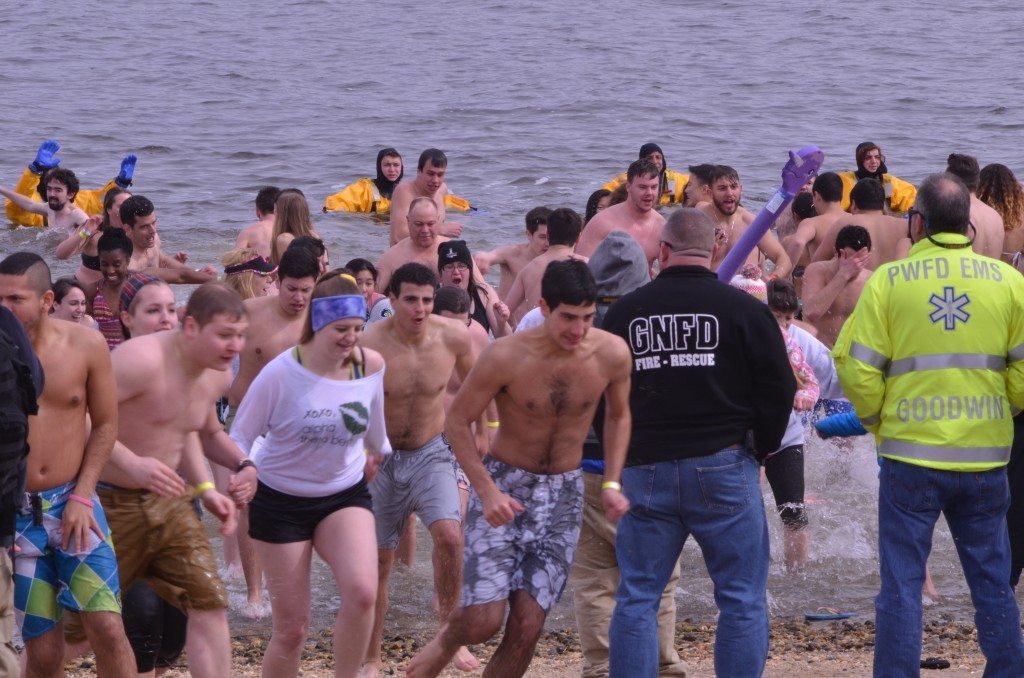 Prior to the plunge, Town Supervisor Judi Bosworth opened the program by thanking the Special Olympics and the Polar Plunge committee for their relentless dedication to the goal of raising funds for Special Olympics athletes.

“It is always such a thrill to see so many brave and enthusiastic participants here every year to benefit such an important cause,” Bosworth said. “Special Olympics New York plays such a critical role in allowing those with intellectual disabilities to have the opportunity to participate in sanctioned athletics all while enhancing social skills and building life-long friendships.” 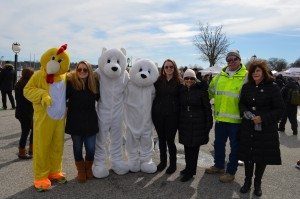 Among those who took the plunge this year was Town Clerk Wayne Wink. Council member Lee Seeman joined Bosworth in the Chicken Coop, which allowed those who prefer not to plunge still support the cause.

The $61,500 that was raised will help support more than 200 Special Olympics athletes for a full year. This event is part of more than a dozen Polar Plunges held annually in New York, which last year raised nearly $1 million for Special Olympics New York.