Additional books, programs and a new circulation desk are all on the horizon for the Westbury Memorial Public Library. The best part is, the extra perks won’t mean an extra pinch for taxpayers’ wallets.

The library’s board of trustees is proposing a $3,508,000 budget for 2016-17 and for the fourth year in a row, there is no increase in library taxes. The average yearly cost per household will be $284. 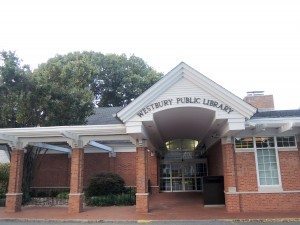 Helping the board continue the trend of a stable tax rate was $175,000 of grant funds in 2014-15, which enabled the board to update technology and the bathrooms without taking money from the budget. The New York State Pension Fund finished the smoothing process from the recession, which resulted in a $40,000 savings to the pension contribution. The Affordable Care Act also enabled employee benefits to stay the same amount as last time.

The library will be directing more funds towards books, programs and electronic periodicals/databases, areas that Library Director Cathleen Towey Merenda noted were very popular with patrons.

“Our book circulation is very healthy, it went up last year,” Merenda said. “We feel like the whole eBook trend is starting to flat line. We’re increasing it a little more toward the paper book side of things.”

Merenda said the library wants to add even more cultural programs, music and ESOL programs, as well as more opportunities for the 18-35 age group. They will also be implementing a new online periodical/magazine service, where patrons can access hundreds of periodicals from the library or at home.

“It’s a new service that will offer a really broad selection of popular and some really scholarly magazines as well,” Merenda said. “We have about 40 periodicals in the library now so this will increase it significantly.”

One of the biggest budget increases was for maintenance and repairs, which saw a $280,000 increase due to the need for replacement of two HVAC units. But Merenda said the library has applied for grants and is “pretty confident we’ll get at least half of that money back.” Equipment and furnishings saw a $20,000 increase, which Merenda said will be invested toward a newly designed front circulation desk.

“We hope to incorporate all the services split between the circulation and reference desks into a one stop information service and circulation,” Merenda said. “We want to have display units in that area so we can have art and artifacts displayed for the community.”

Also planned for this year is the redesign of the library’s website, to make it easier and simpler to use.

Board trustee Peter May’s term ends June 30, 2016. Scott Cooper will be running for his seat. Learn more at a budget hearing on Thursday, March 24, at 7 p.m. at the library or visit www.westburylibrary.org.