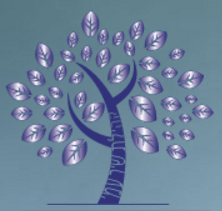 The Village of Old Westbury board of trustees voted to continue a hearing for Old Westbury Hebrew Congregation (OWHC), after concerns were raised about loud music and lights coming from the site.

The OWHC applied for the modification of a special use exception permit to build a 900 foot addition for their on-site caterer, Ram Caterers. The Glatt Kosher caterer provides food for weddings, bar and bat mitzvahs and other special occasions that take place at OWHC. The addition would be used as a butler’s pantry, for staff to have space to move things in and out and plate food. Talk of the addition fell to the back burner as concerns were raised about OWHC’s 7,200 square foot patio area, which was built without a permit in 2014. Since then, it has been used 40 times for ceremonies and cocktail hours. The patio is fully enclosed by trees and not visible from Old Westbury Road.

Burton Roslyn, architect and a trustee of OWHC, said that while he couldn’t speak to why the patio was built without a permit, it was necessary for the congregation.

“The purpose of the patio is to provide access to the sky for Orthodox wedding ceremonies. The patio is used for cocktail hours, prior to and for the ceremony,” Roslyn said. “There is light music, generally a string group or someone playing a harp. By 9 [p.m.] everything is done.”

However, Wonyoung Kang, who lives across the street, disagreed. He said lights and loud music—sometimes going until midnight—coming from the patio were disturbing him and his family.

“‘Light’ music is a slap in my face. We’ve lived with it for over a year,” Kang said. “It’s not just the weekends, it’s during the week and it goes on well past 9. I can hear it from my bedroom, my kids can hear it and we can’t sleep. It’s a big problem.”

A representative from Ram Caterers maintained that ceremonies always ended at 9 p.m. and that there was never loud music played on the patio during events. She said it was mostly small string orchestras that played before the ceremony or during processions.

Kang also presented to the board records taken from a phone app showing the decibel level and time of different events held in the patio. He said the records show loud music being played past 9 p.m.

The board voted to continue the hearing at next month’s hearing, after a visit to the site.

“We’re looking at the fact that we’re living inside a residential area and the board is sensitive to the issues of religious rights,” said trustee Edward Novick. “We’ll certainly do due diligence to this entire situation and be sensitive to both the residents, as well as the congregation.”