Local children had the chance to fill up their Easter basket with goodies during the Village of Westbury’s annual Easter Egg Hunt on Saturday, March 19.

More than 100 children, accompanied by their parents, came out to the recreation center to hunt for eggs on the playground and take pictures with the Easter Bunny. The annual event, which is planned by the Westbury Recreation Center, is a highlight every year. 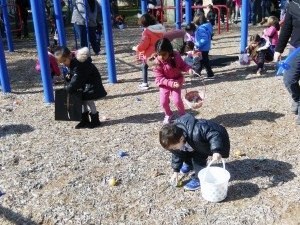 “The parents are so excited and enthusiastic for the kids,” said Recreation Center Supervisor Mike Jackson. “It’s a good thing for the community.”

While the recreation center is mostly known for their athletic activities, Jackson said the egg hunt allows them to reach out to other members of the community who are not involved with sports.

“A lot of people in Westbury want to be involved. We feel we have to be versatile and do many activities,” Jackson said. “We decided to have an egg hunt and other activities for the kids, where they can have a family atmosphere. It brings the whole community together, you get to mix and mingle with people you may not see everyday.” 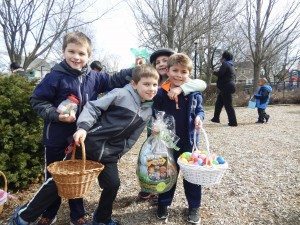 Former Westbury resident Jason Martinoff came to the egg hunt to show his kids the neighborhood he grew up in.

“It was a really good opportunity for them to get involved with an Easter egg hunt that wasn’t overpopulated with too many people, all the kids had a fair opportunity to get involved and find eggs,” Martinoff said. “The fact that the community does this is great.”

Check out pictures from the Easter Egg Hunt below