A Brooklyn man who had broken into a Mineola home in January was arrested by police on Saturday, Feb. 20 at 11:50 p.m.

According to Nassau County police, a female victim returned to her Princeton Street, Brooklyn home, and observed a male exiting a window on the side of her house with a bag containing personal property from the home. 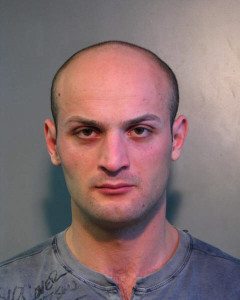 Bokuchava is charged with three counts of second degree burglary and was scheduled to be arraigned on Feb. 21 at First District Court in Hempstead.