The retooling of a previous plan to add a third track to the Long Island Rail Road’s Floral Park/Hicksville line has been met with mixed reactions from the local municipalities that stretch the corridor. Governor Andrew Cuomo outlined a plan to mend the island’s infrastructure problems at a breakfast with the Long Island Association, a group of business leaders. At the meeting, the 9.8-mile third track plan along with $5 million-and $6 million studies to assess the feasibility of a tunnel across the Long Island Sound and the expansion of MacArthur Airport in Ronkonkoma were detailed.

Further plans include a private operator for Republic Airport in Farmingdale. The project would be included in the estimated $140 billion New York State budget that is up for approval on April 1. 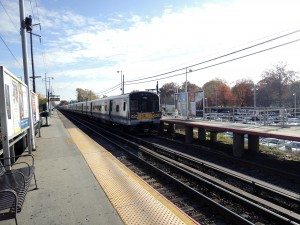 The plan came as a surprise to many local officials, who are now scrambling for details to see how the proposal would affect their community.

Village mayor Peter Cavallaro was among the reps who recently huddled with Federal, state and local public officials, including State Senator Jack Martins, Nassau County Legislator Rich Nicolello and Cuomo aides, to discuss the plan. Congresswoman Kathleen Rice is holding a meeting with local leaders on Friday, Jan. 15 to discuss the LIRR plan as well. Cavallaro said that while the Governor’s plans came as a surprise, it was still too early to make any snap judgments about the proposal.

“We’re waiting for more information. We have some preliminary information from elected officials but it’s a wait and see as to what they’re proposing and how it impacts us,” Cavallaro said. “We don’t have the information yet on how it would impact the village and surrounding communities if this were to go further.”

The Ellison Avenue Bridge replacement project, a $39 million plan that is currently underway, was built to accommodate a third rail. But if the third track plan does go forward, other areas of the village would be significantly impacted.

“One of the big issues last time [this was proposed] was how this would affect all the different grade crossings,” Cavallaro said, noting specifically the crossing at School Street as well as the Post Avenue trestle. “They’d have to address all the grade crossings in that eight or nine mile stretch.”

“Long Island’s future prosperity depends on a modern transportation network that eases congestion on our roads, improves service on the LIRR, helps this region’s economy and preserves the character of these great communities,” Governor Cuomo said. “This is a robust and comprehensive agenda to do just that.”

Cuomo cited the need of a third track to accommodate those that work on Long Island, but live in New York City. Furthermore, the congested line is forced to run one-way at peak hours because of its limited capacity. He alleges the extra track space would eliminate that snarl-up.

While Cuomo indicated during the talk with the LIA that the current plan differs from an earlier proposal that drew hundreds of detractors during hearings and rallies dating back to 2007, others feel this announcement was ill-advised.

“This project will bring new freight trains and additional commuter trains running at all hours of the day and night just feet away from people’s homes, which is why local residents have never supported it,” said Sen. Jack Martins, who said he is strongly opposed to the project. “The Governor has expressed interest in discussing this proposal with the community, and we will work with him to facilitate these meetings so that he can talk about these concerns with those who will be most impacted by them.”communities. Not at a [breakfast].”

The third track plan was first proposed 30 years ago, before resurfacing in 2007. That plan called for 11.5 miles of new track and would have maligned 200 properties. The governor’s 2016 plan reduced affected properties to 50, with 20 being residential homes that could lose an average of five feet of land. Homeowners would be reimbursed for lost land and could negotiate with New York State for the sale of their property.

“This project is necessary not only to reduce bottlenecks that frustrate commuters, but also to provide for reverse peak service that is critical to the economic future of Long Island,” said LIRR Commuter Council Chair Mark Epstein.

Cuomo argues the plan would reduce traffic on major thoroughfares and highways and contends the plan is needed to Long Island’s “future prosperity.”
While the public waits on more details, some residents have already voiced their displeasure with the plan.

“I do believe that the railroad has to do something, but why doesn’t the LIRR fix the rails and system it currently has in place?” asked Carle Place resident Jean Flecker. “Why expand when what already exists is not functioning properly? It doesn’t make sense.”
—Betsy Abraham contributed to this article