Starting on Jan. 17, riders on 11 bus routes in the county-owned, privately-operated Nassau Inter-County Express (NICE) system had to make alternate plans to go shopping and get to work or medical appointments; operating budget deficits and low ridership led to the elimination of the routes.

After two public hearings, the Nassau County Bus Transit Committee approved the changes in November, as well as 25-cent fare hikes for cash and GoMobile app-paying riders. NICE argued that the measures were necessary to close a projected $7.5 million funding shortfall in the 2016 operating budget. The costs were driven in part by a 4 percent wage increase under the current union contract and a 6 percent increase in healthcare expenses. As it stands, the actions will result in an estimated $4.3 million in savings—leaving a further $3.2 million in either cuts or new revenues to make up the difference. 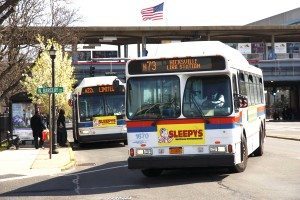 Responding to critics, NICE officials pointed out that the routes in question had been slated for elimination in 2011 by the Metropolitan Transportation Authority Bus Authority, which had operated the bus system since it took over and consolidated 11 private operators in 1973.

For the 2011 fiscal year, the MTA asked the county to increase its contribution from $9.1 to $26 million to cover operating costs. When an agreement could not be reached, the MTA, on April 27, 2011, voted to end bus services at the end of that year. County Executive Ed Mangano consequently put the bus operations to a competitive bid, and Veolia Transportation (now TransDev) took over at the beginning of 2012 in a public/private operating partnership. For both 2015 and 2016, the county has contributed about $6 million to NICE. The New York State budget has yet to be adopted. In 2015, the state contributed $62.8 million toward the $131 million operating budget, with fares adding about $47.2 million in revenues.

NICE is overseen by the county’s Bus Transit Committee, with members appointed by the county executive and county legislature. The committee is authorized to make final decisions on fares and services.

“NICE based its service reduction recommendations on ridership data and the amount of subsidy per ride,” said NICE spokesperson Andy Kraus. “While these routes may be less utilized, NICE recognizes that eliminating them is a hardship for the people who ride them. To the people who rely on these routes, they are the most important routes in the system.”

Kraus stated that approximately 2 percent of NICE’s daily ridership will be affected. There are no planned changed to NICE’s Able-Ride paratransit service for people with disabilities.

Kraus added, “On eight of the 11 Nassau County routes [that were] eliminated, a portion of each route is covered by another nearby route or several routes requiring transfers. There are no parallel alternative routes that replace the eliminated routes 100 percent. The degree to which an alternative route helps a rider really depends on where a rider’s trip begins and ends. The distance from a rider’s ‘old’ stops to their ‘new’ stops also varies greatly—many riders will not find a convenient alternative.”

Kraus noted that the county requires NICE to operate with a balanced budget.

“NICE’s goal is to provide more service, not less,” Kraus said. “But, its mandate by the county is to provide as much service as financial resources allow.”