Despite a low turnout on the opening night of Samba 360’s futsal clinic at Westbury’s “Yes We Can” Community Center, 9-year-old Alexis Martinez smiled from ear to ear. Receiving soccer instruction from the organization’s founder and president while wearing new and donated soccer clothing and equipment made him feel like he had made a team.

“I thought it was pretty awesome because it was my first time on a team or a soccer practice. I felt pretty excited like I was proud of myself that I made it all the way up to a coach,” said Martinez.

“I wasn’t expecting that [Samba 360] was going to give him uniforms and everything,” added his mother, Yesselin Reyes, a Westbury resident. “That’s very nice of them.” 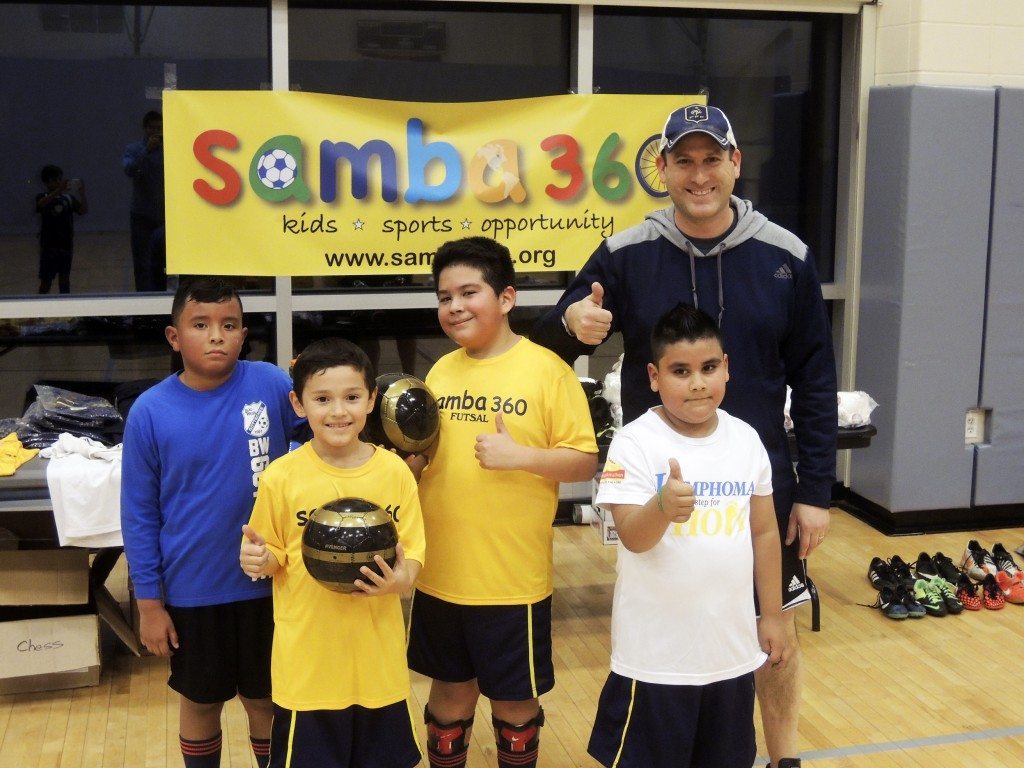 That is after all, what Samba 360 does. The not-for-profit organization founded by Shawn Brown two years ago provides disadvantaged children with opportunities to play sports by donating sports equipment.

“I love sports and I believe every child should have the same access to sports equipment,” said Brown, who receives new and used donations and spreads them to as many children as he can, both domestically and abroad. “No matter if you are disadvantaged or affluent, you should have the same sort of access.”

Aside from being a self-proclaimed soccer fanatic, Brown’s wife is from Brazil. Visiting her family every year gave him a glimpse into the often-poor conditions children lived in, many of whom share a passion for soccer.

“Anyone who has been to South America, especially Brazil will see poverty,” said Brown, “And the one thing that I want to do is try to eliminate or decrease the poverty with children through the donation of sports equipment.”

In the last two years, Brown has sent 37 boxes of soccer gear to Brazil, also donating to local soccer clubs around the island. With the futsal clinic officially underway Dec. 15 —and running through March 2016—children of the community center are benefitting as well, all receiving a yellow soccer jersey and futsal ball provided by Samba 360, outdoor soccer balls given by the Manhasset Soccer Club, as well as socks, shin guards, cleats and other gear.

Aside from free equipment, the clinic is a way for approximately 20 children ages 8-to-11 years old to get acquainted with futsal, a 5-on-5 variation of soccer normally played indoors with smaller nets and a smaller ball with less bounce. The sport is what many professional soccer players begin playing as children, like in Brazil where cement or wood are often the only surfaces available. The game emphasizes the development of foot skills, ball control and passing in smaller spaces which can transition formidably to soccer. 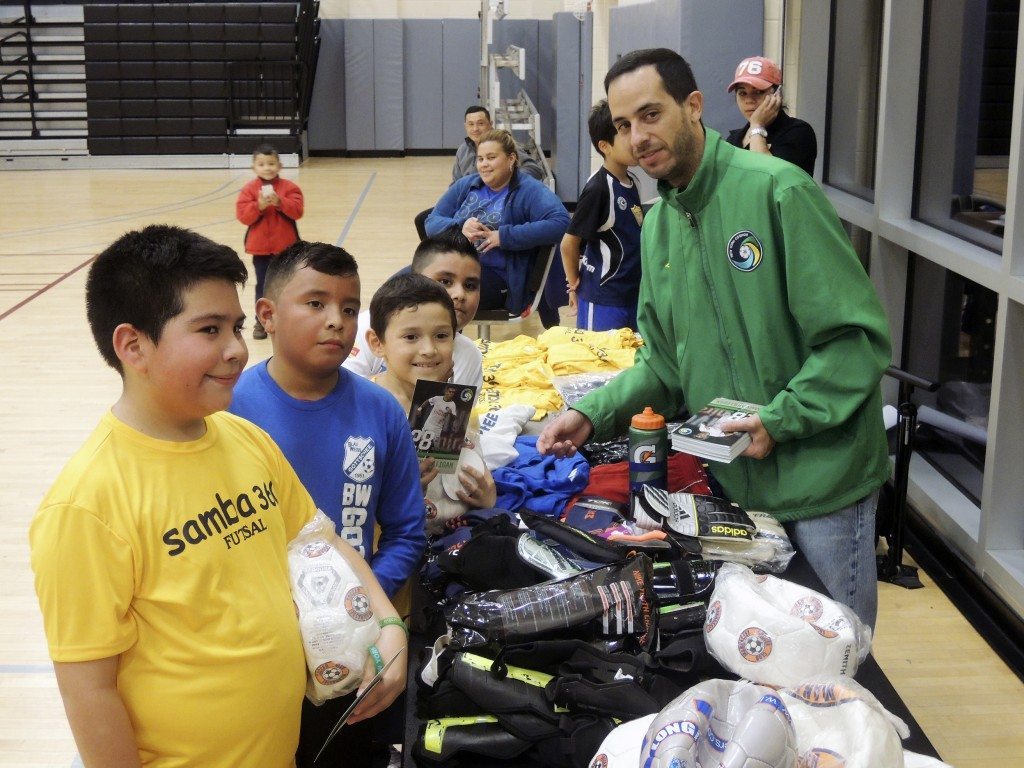 “It was actually gratifying because we know that a game like futsal is a hit in our community,” said Denise Thompson, the North Hempstead coordinator of constituent services. “We have a highly populated Latin-American community and Hatian-American community and futsal is kind of the heart and soul of what they do, like baseball to Americans, so we’re really excited about that.”

Brown got the New York Cosmos—a local soccer team that competes in the North American Soccer League—on board with his efforts as well. The team’s account executive, Marc Dombek, attended the clinic’s opening night, handing out Cosmos stickers and autographed pictures after the one-hour session.

Dombek met Brown through a mutual friend and after hearing the mission of Samba 360, he knew the team would be happy to help the cause.

“Shawn told me about this great program, and what it’s doing for the local community and the kids, giving them opportunities to play soccer,” said Dombek. “For me growing up playing soccer, I want to see this sport expand so I think it’s very important for us to help out in any matter. We’ve done a couple of the fundraising aspects together like that and anytime we can have a presence in the community, we’re all about it.”

In addition to the futsal clinic, Samba 360 is providing the community center with free chess classes. Brown partnered with The Chess Nuts, a fellow nonprofit organization founded in 1996 with more than 2,000 members on Long Island. The eight-week program is taught by nationally-ranked chess player Tim Carney and promotes the many benefits of chess on children in scholastic settings.

While the two new programs are different opportunities, both provide children a chance to challenge themselves while having fun.

“Chess and soccer have a lot in common actually,” Brown said. “You have to think about what’s going to happen if I move this piece in this direction, what happens if I kick the ball to this player or kick the ball down the line. It’s very similar because you have to anticipate what your opponent is going to do and you have to react to it.”