November is marked by many things—Thanksgiving, Veterans Day, Black Friday. But for more than 3,700 people in Nassau County, this November is known for something else—National Novel Writing Month (NaNoWriMo).

NaNoWriMo challenges aspiring writers to write a novel of at least 50,000 words in 30 days. Structured like a competition, NaNoWriMo doesn’t offer a grand prize, however those who stick with it do get the satisfaction of saying they’ve written a novel.

Last year, more than 325,000 signed up for the challenge, with almost 59,000 reaching the goal of writing a 50,000 word draft by the end of November. NaNoWriMo encourages writers to get the words down on paper and resist the temptation to get caught up in editing. 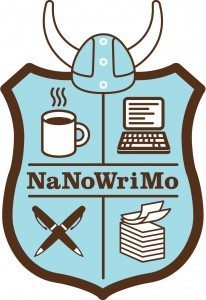 “There’s more of an emphasis on getting the words down than getting it right,” said West Hempstead’s Andrew Baoico, who is participating for the fourth year in a row. “It’s designed for people who their whole lives have said they’ll write a novel one day. The philosophy is don’t say one day, just write the novel.”

The challenge draws people from a range of ages, occupations and walks of life from all over the world. According to the NaNoWriMo website, there are 3,784 people from Nassau County signed up this year and there are 175,963 novels currently being written on the site.

Since the program began in 1999, more than 250 NaNoWriMo novels have been traditionally published, including Sara Gruen’s Water for Elephants, Rainbow Rowell’s Fangirl and A. Louise Robertson’s Welcome to Mineola.

Baoico has only completed the challenge once, but said that doing NaNoWriMo gives him a new motivation to write.

“Even if I don’t end up writing the full 50,000 words, even attempting it every year gives my writing a refreshing jump start,” he said. “For a few months after that, I always find my writing is really good because I have that momentum.”
New Hyde Park’s Lauren Cerrone agreed, saying that the challenge has helped her to focus more.

“I know when I’m taking too long with something to step back and retake it from a different direction,” said Cerrone, who is working on a collection of short stories. “And I’m trying different ways of writing and ways I would have never tried before.”

NaNoWriMo writers also get to enjoy a sense of community. Writers who sign up on the NaNoWriMo website gain access to writing tips, pep talks from authors, prompts, and advice from other authors who can help them work through plot holes and writers block.

“The Facebook community is large and people post inspirational things,” Cerrone said. “And you can always ask questions to help you get past the writing blocks.”

The support extends beyond the web into writing meet ups as well. NaNoWriMo has in-person write-ins across the country where participating writers can gather at their local library, bookstore, college campus and other venues to write together and be encouraged.

NaNoWriMo hosts its next write-in Monday, Nov. 23 from 6 to 9 p.m. at Hale and Hearty in Carle Place.

Find out more about National Novel Writing Month at www.nanowrimo.org.

Leave a Reply to Hafiz Muti U Rehman Cancel reply