Westbury’s students, faculty, staff, alumni and local residents came out in droves this past weekend to celebrate the community at the school district’s annual Homecoming festivities.

The centerpiece of Homecoming is always the high school’s parade, which had a “Marvel Universe” theme this year, with students dressed as their favorite comic book superheroes, such as Thor, Iron Man and Captain America. The parade started on Post Avenue at St. Brigid’s Church, with the precession of students, marching bands and vehicles headed to the high school as community members cheered and waved signs from the sidewalks. Once at their destination, the football team was set to play a hard-fought game against their tough rivals from New Hyde Park.

Before the parade, the day kicked off with Westbury’s annual Pancake/Homecoming Breakfast, which was held by the Parent Teachers Association as a fundraiser for scholarships. Parents, teachers, alumni, community members and students all attended to chow down for a good cause, according to Superintendent of Schools Dr. Mary A. Lagnado.

“Homecoming is really a point of gathering for the community,” she said. “Each year we galvanize and the community comes together to celebrate this particular day. It’s saying that we are a community and that we are one and together.” 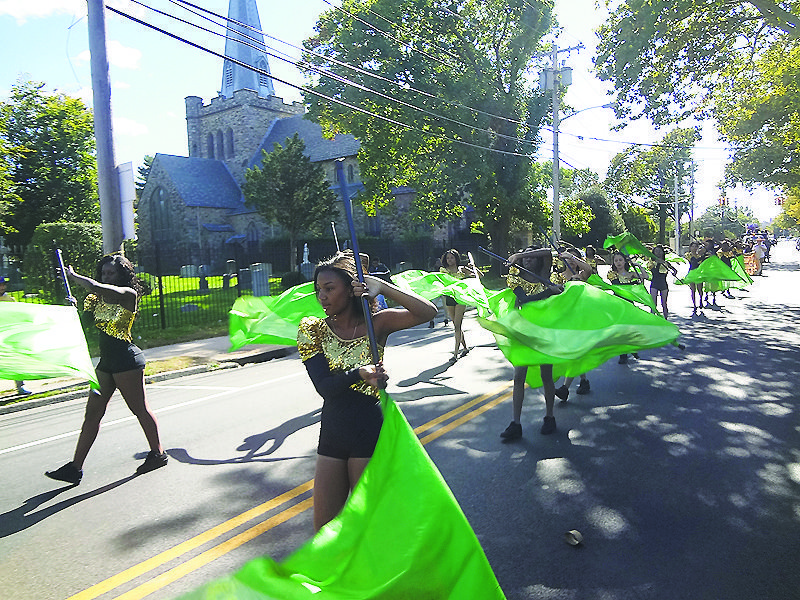 Homecoming wouldn’t be the same without the crowning of a King and Queen. This year, the honor of King fell on Dragons team captain Ty Kim Anderson, who will be going on to play football next year at Pace University where he will be studying sports medicine.

“It feels good to be the Homecoming King,” he said. “I’m excited today about the football game against New Hyde Park, and it’s so weird to think that this will be my last year playing here before going on to college. I’m going to miss it.”

The honor of Homecoming Queen was bestowed to Jessica Galeas, captain of the varsity soccer team. After graduation this year, Galeas noted that she will go on to SUNY Old Westbury to major in business administration. She will also be playing softball there with the hopes of going pro.

“It feels great…it was a big surprise for me to be named Homecoming Queen, but I’m enjoying every minute of it,” she said. “Being a senior makes me sad as I’m leaving, but while it’s the end of a story it’s also the beginning of a new, exciting one.”