Did you know that studies find that fiction readers are more empathetic than most people? Fiction develops an appreciation and understanding of others’ experiences. In these books, the characters are all trying to sort out a problem and the reader makes the journey of discovery with them. 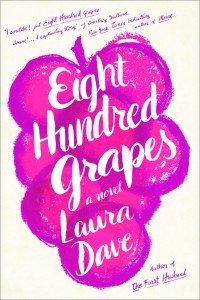 Eight Hundred Grapes by Laura Dave (Simon & Schuster, 2015). Eight hundred grapes is the amount that’s needed to make a bottle of wine. Set in Sonoma County, California, this is a romance about three couples; Georgia and Ben, who are supposed to get married in a week, Georgia’s parents, who own a winery and are questioning their marriage, and their two sons who are both in love with the same woman. Each character in this family is trying to understand what they need to do to find happiness, while trying not to hurt the people they love.

The Perfect Comeback of Caroline Jacobs, by Mathew Dicks (St. Martin’s Press, 2015), is for readers who are looking for a well-written story with surprising revelations. Caroline is at a school PTO meeting when she shouts the “f” word at the organization’s president because of the demeaning way she is treating another parent. This outburst is completely out of character for passive Caroline and the event compels her to return to her hometown and high school to figure out the roots of her anger. Caroline takes her surly 15-year-old daughter with her on the trip and they begin to understand each other once long buried secrets are revealed. 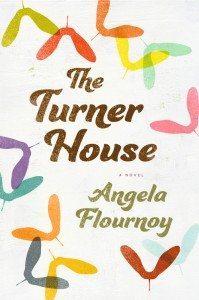 The Turner House by Angela Flournoy (Houghton Mifflin Harcourt, 2015), has been nominated for the National Book Award. Thirteen siblings from Detroit are trying to figure out what to do with their mother’s house now that her health requires her to live with the oldest son, Cha-Cha. This is Flourney’s first book, and it weaves together history, a cast of intriguing siblings and a malevolent ghost.

Wishful Thinking by Kamy Wicoff (She Writes Press, 2015). This book, with its elements of magic realism, feels like a playful, adult version of Harry Potter. Jennifer, a divorced New York City mother of two boys with a demanding job, does not have enough time to keep up with everything she needs to do. Then a mysterious neighbor returns Jennifer’s lost phone with the addition of a new app that allows her to be in two places at once. For a while, things gets better, but then complications ensue in this charming, whimsical tale.