The Westbury Fire Department held a service to dedicate the 9/11 Memorial at Station #2 on Old Country Road, where they recently had a plaque installed on Sept. 12. This was to honor all who were killed on Sept. 11th and ex-chief Richard Dellacona, firefighter Robert Langer and the others who have died from 9/11 related illnesses.

Chief John Bartunek presided over the dedication and stated, “It is imperative that we commemorate 9/11 by reflecting and honoring those we lost that tragic morning and the bravery and heroism shown by first responders. We dedicate this lasting memorial so that others will know the meaning of which we, as Americans, so strongly place on our freedom.” 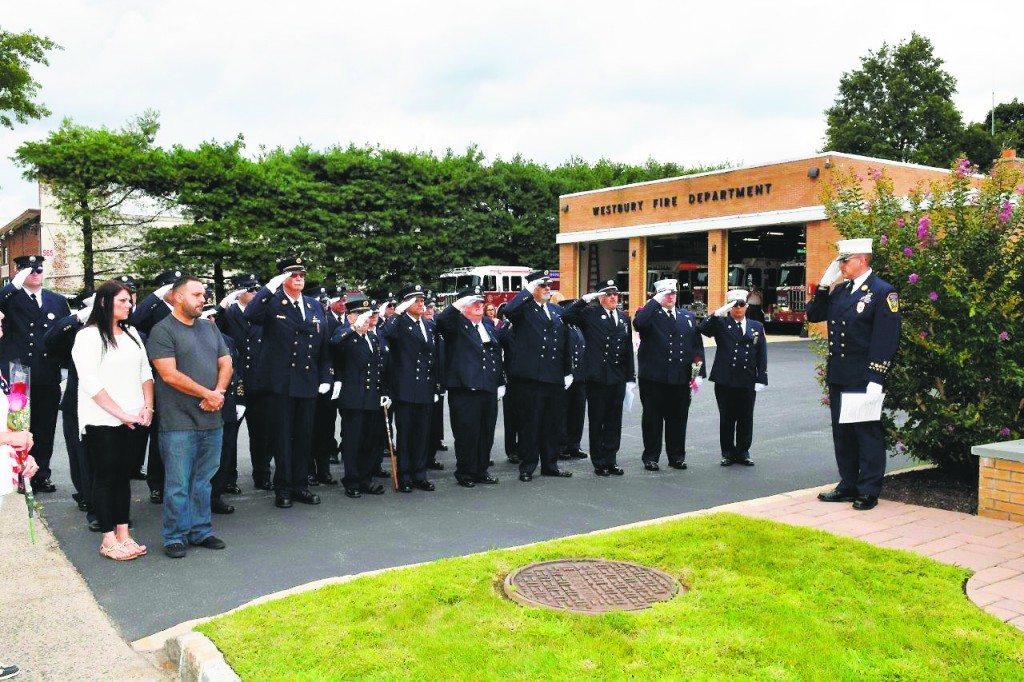