The Nassau County Police report the arrest of a Syosset woman for Driving While Intoxicated (Leandra’s Law) on July 14 at 10:40 p.m. in Westbury. 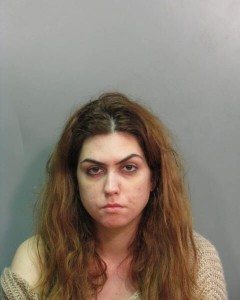 According to officers, a witness observed a 2000 Acura in the vicinity of 1085 Old Country Road being operated in an erratic manner.  Third Precinct officers responded and located the defendant in front of The Dollar Store, 1057 Old Country Road.  The defendant, Laura Cachell, 32, was found to be in an intoxicated condition and was placed under arrest. Subsequent to her arrest, officers recovered several pills including Oxycodone and Carisoprodol from her bag. At the time of her arrest, the Cachell’s 9-year-old and 8-year-old daughters were in the vehicle. The defendant’s children were released to their grandfather at the scene.