The residents of Carle Place lined Westbury Avenue bright and early for a fun and festive event that belied a more solemn purpose, the annual Memorial Day Parade.

The bulk of the parade took place on Westbury Avenue where various veteran, school and community groups marched along the street, flanked by classic cars and fire department vehicles flashing their lights while the enthusiastic crowds looked on and cheered.

Al Piscitelli is a veteran of the Korean War and the Commander of the Carle Place American Legion. His organization has run the annual Memorial Day Parade every year since 1949, but as of this year the Carle Place Fire Department has taken over the main duties of the event, he said.

“This is the first year that the fire department is sponsoring the parade. We have an older membership and it’s getting to be a bit too much for us now,” he said. “The fire department has some younger guys and they’re willing to do what has to be done, but we’re still working together on everything. The legion isn’t going anywhere.”

Fire Chief John Driscoll spoke about the tremendous responsibility that the Carle Place Fire Department was happy to volunteer to shoulder. 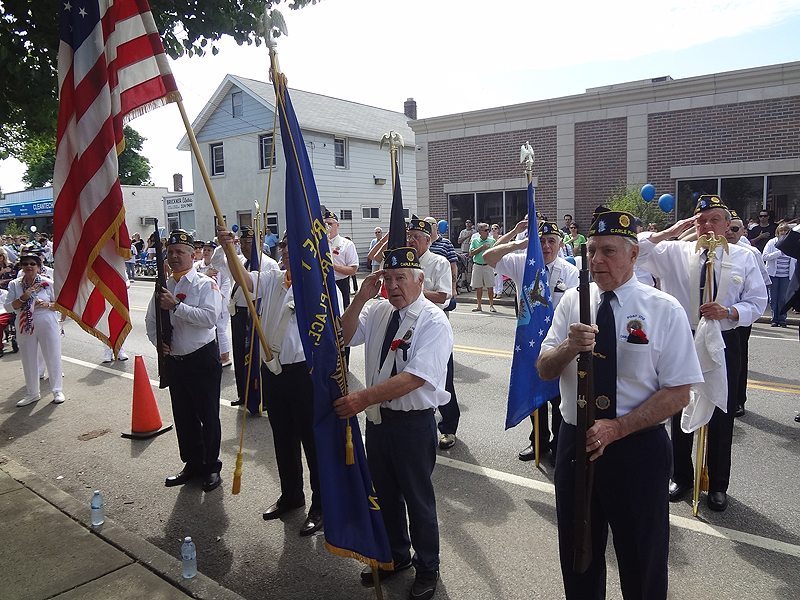 “This is our first year taking over the parade from the Legion, and we’re happy to take it over…it’s an honor,” he said. “The legion is still involved, however they’re still here and strong. The legion left us in good shape and Commander Piscitelli gave me all the information I needed and we just ran with it.”

The parade traveled straight up Westbury Avenue, making a stop at the former American Legion hall where Piscitelli gave a brief speech to mark the occasion of Memorial Day. He then proceeded to read aloud names of members of the Carle Place military community who had passed, a bell symbolically chiming for every fourth name.

From there, the parade continued up Westbury Avenue, eventually ending up at the Memorial Park where another ceremony was held.

Augie Mauro, co-owner of the Cardinali Bakery of Carle Place, nestled right along the parade route on Westbury Avenue, was overseeing his businesses’ generous contribution to the local residents attending the event—a full-on barbecue complete with mounds of delicious hot dogs, hamburgers, cookies, cotton candy, Italian Ices, and beverages, all free of charge.

“This is our customer appreciation day,” he said. “We figure that the community does a parade for Carle Place, so why don’t we give back as well? So, for the past several years we’ve given food and refreshments, T-shirts…we are a town bakery, after all, so we might as well keep the town in the town, you know?” 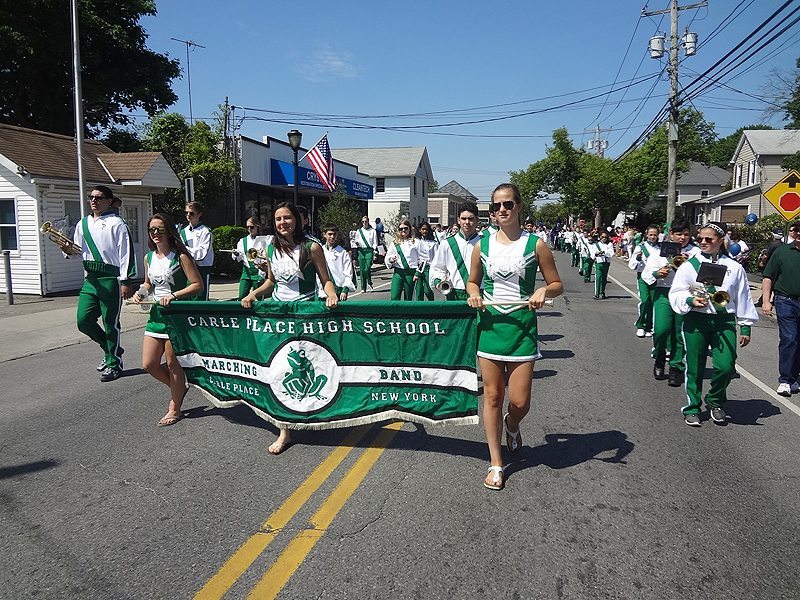 Laura Dobash and her daughter, Ava, were up bright and early to take in the parade, as they do every year. Dobash said that she has had several members of her family serve in the military, so Memorial Day is something very near and dear to her.

“We wanted to come out and honor who we lost. Family members who have served and died for our country,” she said. “It’s a great way for the community to get together and celebrate and honor our veterans, but to have a good time as well.”

Piscitelli noted that Memorial Day is a red-letter day for the Carle Place community for a wide variety of reasons, and that the parade is the driving symbolic force behind that importance, he said.

“This is tremendously significant,” he said. “The parade is not only to honor all of the veterans, but for the town of Carle Place. This is something that they look forward to. If you look down Westbury Avenue, you’ll see rows and rows of people. It’s a very big thing and hopefully it’ll never stop.”

Check out more photos from the parade here