Westbury’s Village Court loses a dedicated public servant on Oct. 2, as Village Attorney Dwight Kraemer retires after 19 years of service to the community.

Kraemer was appointed village attorney under Mayor Ernest Strada in April 1995, after serving as the village’s assistant prosecutor for seven months. Over the past 19 years, he has drafted up over 100 local laws, 400 variances and 20 special use applications. 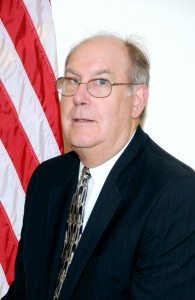 A lifelong resident of Westbury, Kraemer’s been a key player in helping the village develop, facilitating major condominium projects and the expansion of the Islamic Center of Long Island and the Space.

“I’m happy to have had the experience and proud of what has been accomplished,” says Kraemer.

Though he’s had a hand in helping his hometown progress, Kraemer says the best part of the job has been the people he’s worked with.

“The people I worked with was the best thing,” says Kraemer. “It’s really a gift to have a job that when you come to every day you look forward to. It’s rewarding because you see actual things being accomplished.”

Public service seems to run in the Kraemer family. His mother and grandfather went around with a petition to get the village incorporated in 1932, and his father was an attorney. After his high school graduation, Kraemer spent two years in the army. He was also a member of the fire department for 12 years and served on the Town of North Hempstead Housing Authority, where he was instrumental in the building of Magnolia Gardens Senior Center.

Kraemer got his first taste of public service in the village as part of the Cable Commission, then the Recreation Commission. He then became the village prosecutor in Sept. 1994 before being appointed village attorney.

Kraemer passes the village attorney torch to Dan Valentino, who used to work in the county attorney’s office for four years. “I’m sure he’s going to do a great job,” says the departing attorney.

Kraemer will continue with private practice for a little while, out of the building his father originally bought in 1952 and that he’s been working
out of since 1974. He plans to retire full time soon so he can spend more time with his family, which includes four grandchildren.