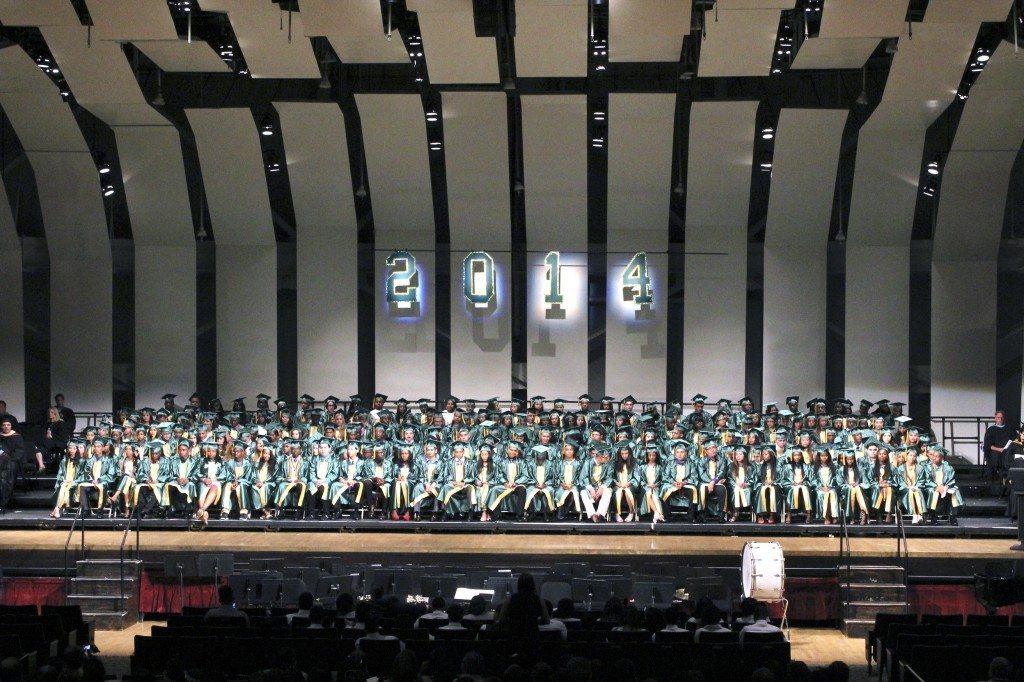 After four years of hard work and unforgettable memories, the Westbury High School Class of 2014 received their diplomas at a commencement ceremony on Saturday, June 28 at the Tilles Center at LIU Post’s campus.

Principal Manuel Arias called the names of the students to receive their diplomas. While most students were at the commencement ceremony to graduate in person, one student received his diploma in spirit.

The officers of the Class of 2014 honored student Aaron Allen, who passed away in August 2013. His mother Lavette Smith walked in his honor. Smith thanked Aaron’s classmates and the Westbury community for never forgetting her son and for all of the support they have given her in her hard times.

Class President Therline Boyer gave tribute to Allen and dedicated the class yearbook and the commencement ceremony to him. “Aaron was a young man who embodied what the class of 2014 stands for,” said Boyer. “He will always be in our hearts as we continue our journeys.”

The commencement ceremony marks a rite of passage for the Class of 2014, according to Superintendent of Schools, Dr. Mary Lagnado.
“You are closing the door to childhood and opening the door to adulthood,” she remarked.

Students will be leaving their comfort zones to challenge themselves and to move on to a new path of growth and discovery. “You will challenge yourself in different ways and it will be a time of tremendous academic and personal growth,” said Lagnado.

Awarded the honor of valedictorian was Brandon Braithwaite, who shared wisdom with his classmates in his speech. He congratulated his fellow classmates on their achievements and advised his peers to chase their dreams and to not look back.

“As you all take the next step in your lives, wherever it may be, put forth your best effort,” he said. “Advance to unparalleled self confidence. Do the things that fulfill your heart’s desires.”

Inspiring her classmates was Class of 2014 student speaker, Clairiola Etienne. In her speech, she displayed her life struggles and how she has succeeded despite much adversity.

2014 marks Etienne’s fourth year living in this country. From growing up in Haiti with little to no opportunity, to graduating from Westbury High School, Etienne will be attending Vassar College in the fall on a full four-year scholarship. “Where I am right now is the result of my past and the hardships I have faced,” she explained.

Etienne gave credit to her guidance counselor, and her teachers. “We all have been waiting and working so hard for this moment,” Etienne addressed to her peers. “Take pride in your achievements.”

No matter what happens in the future, Lagnado advised the students to remember to come back to where it all began, Westbury High School.