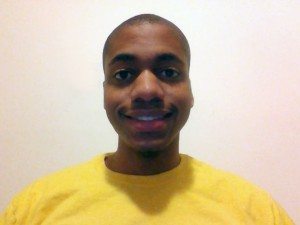 Brandon Brathwaite is pretty excited to be Valedictorian of his class. But it’s not the first time he’s earned the title.

“Throughout middle and high school I’ve always worked as hard as I could and stayed on top of my homework and due dates. This has led to me not only being Valedictorian of high school, but also middle school,” says Brathwaite. “I feel like I’ve definitely earned the spot I have. I feel very accomplished.”

He credits his parents for pushing him to do well and notes that his older brother has had an especially big influence on him. Come fall, he’ll be joining his role model at the University of Michigan: Ann Arbor, where he plans to major in mechanical engineering with a minor in computer science.

“Throughout my life my brother’s been someone who’s motivated me and could joke around with me. He knew when to get serious and would always get on my case about homework and deadlines,” says Brathwaite. “Whenever I slacked off he picked me back up and helped me stay on top of everything.”

Brathwaite’s grown up in the Westbury school district and says along the way, he has gotten to make a lot of friends. He has a wide range of extracurricular activities; he’s been a physics tutor since 10th grade, a member of the Mathletes Club, played clarinet in the band and was manager and score keeper of the high school girls’ varsity basketball team. An early exposure to coding and robotics as a member of the Robotics Club led him to wanting a job in nanotechnology.

“I’d like to design robots that could work inside of the human body and that do functions that help people,” Brathwaite said. “My first experience with coding was in 9th grade and it peaked my interest and was something I had a natural affinity for.”

He says one of the things he’ll miss most about high school is the diversity.

“You see people from all different walks of life. People who have to work to provide for their family, intellectual scholars, brilliant student athletes. The diversity and all the friends I’ve made here is something I definitely cherish,” notes Brathwaite.

As he reflects upon his four years at Westbury High School, he says it was time he’ll never forget.

“My high school experience has been great and I hope this is something I’ll always cherish,” says Brathwaite. “As I move forward I want to remember all the things that have brought me to this point and keep working hard.” 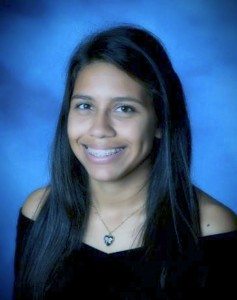 It’s been a long, hard, and often times lonely road for Westbury High School senior Otilia Bernal. But come June 28, it will all pay off as she takes the stage at graduation as the Class of 2014 Salutatorian.

“I’ve always done my best and have achieved all my goals,” said Bernal. “I feel proud, I never thought I would get so far.”

When Bernal was 2, she and her sister had to leave the country because their mother was deported. Seven years later, Bernal returned to the U.S. to live with her aunt. She didn’t speak English and learned with the help of her cousin.

“My mom thought it would be best for me to be here and learn the language. It’s been very hard,” says Bernal. “Usually your parents are there to see your award nights and congratulate you for everything, but I’ve been doing that on my own.”

But being separated from her family only made her more motivated to work hard and make them proud.

“I want a better life for me and my family. I want to be the first in my family to go to college. I want to make my family proud and show them we’re able to achieve our goals,” says Bernal.

Come fall, Bernal will be the first person in her family to go to college. She’ll be attending SUNY Old Westbury and majoring in biology with the hopes of becoming a Physician’s Assistant.

During her time in Westbury, Bernal was a part of the Green Club, Spanish Honor Society, National Honor Society and a member of the Interact Club. She also played on the softball and soccer teams. She says her time in high school and the guidance of her teachers have prepared her well for life after graduation.

“My teachers taught me respect and obedience and determination. You become determined to be the best you can be and do what you can,” Bernal says. “I’ve learned so much through high school because of my teachers’ guidance.”

She’s looking forward to college, but says she’ll miss “everything” about high school.

“I’ve always enjoyed school and learning. I’m going to miss playing sports and my teachers,” she said. “There’s nothing I did that I regret or that I wasn’t able to do, because I did everything I wanted to do.”