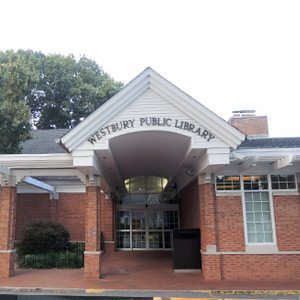 The Westbury Memorial Public Library’s budget will see a $41,000 increase from last year, but thanks to their surplus, taxpayers won’t feel the pinch. Similar to last year, residents will pay an average of $284 per household for library services, but can expect even more programs and e-books at the library this year.

The library plans to take $91,000 out of their surplus budget to accommodate for the increases. The library board is also anticipating taking more money out of the surplus later this year to pay for three new bathrooms.

This year’s budget includes a $5,000 increase in book spending; which library director Cathleen Merenda credits to expensive electronic books, which can range from $20 to $80. The library also increased spending on progamming by $7,000 this year, and patrons can expect more music on Sundays, children’s events, trips and cooking classes.

“We wanted to increase programming quite a bit because that’s something the community really likes,” Merenda said. “We’re trying to use our resources where there is a need and where we see a response to the service.”

Thanks to the Affordable Care Act, the library was able to save $40,000 in benefits. A grant from State Senator Jack Martin’s office for $20,000 also helped cut costs in the budget. The library will be using the grant to buy apps for iPads that kids use.

“All the apps have to do with learning. They’re very playful and fun, but there’s no Internet access,” said Merenda.

Merenda says the biggest changes over the past year include the library’s redesign of the children’s picture book area, with low stacks so kids could easily pick out books. Another addition was the technology tutorials, which drew 288 residents to the library for one-on-one help on learning how to use electronic devices. The Teen Zone also really took off.

“We’ve had the highest number of kids we’ve ever had. We were really happy about that,” she said.

A budget hearing will be held Thursday, March 20 at 7 p.m. followed by voter registration on Tuesday, March 25 from 2 to 8 p.m. The budget vote is Tuesday, April 1 from 9 a.m. to 9 p.m. For more information go to www.westburylibrary.org